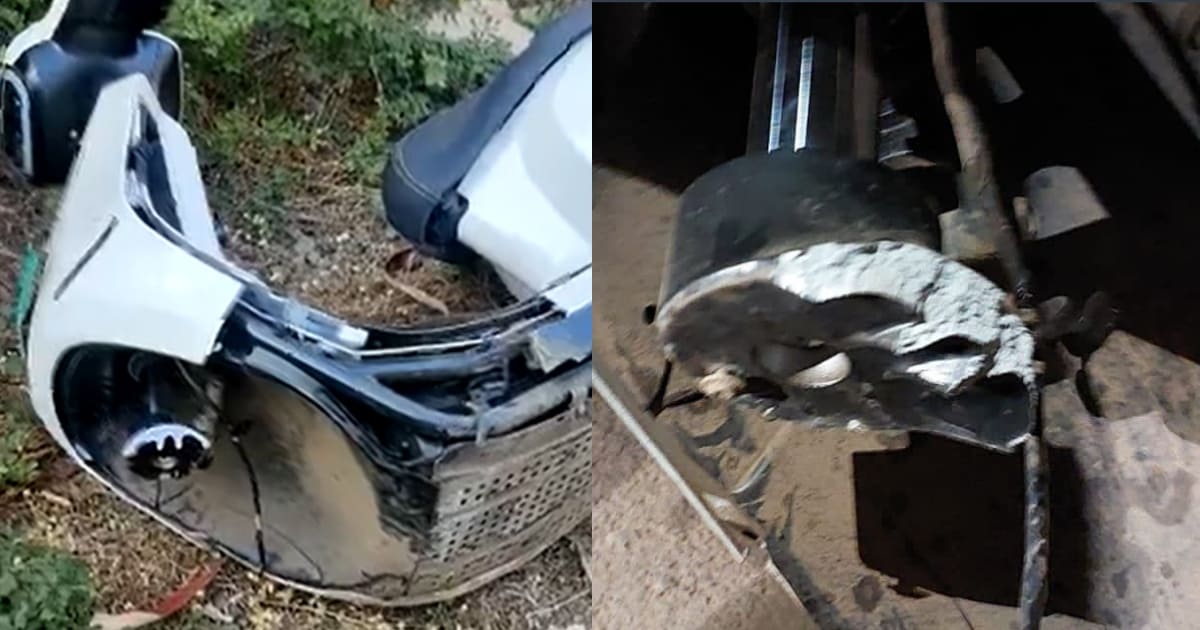 Ola’s electric scooters have been in the news in the past for their poor build quality. The latest incident is also related to a major glitch in the Ola S1 electric scooter, where the suspension of the scooter broke while running on the road. The woman who was riding the scooter has reportedly suffered serious injuries and is admitted in the ICU. Ola S1 is one of the best-selling electric two-wheelers in the Indian market, but similar incidents involving scooters have been reported several times in the past as well.

A person named Samkit Parmar has tweeted on his Twitter handle on Sunday, January 22, along with some pictures and a video, in which it has been told that the front of the electric scooter was seen while driving the Ola S1 on the road last Saturday. The suspension suddenly broke, due to which his wife was seriously injured. According to Parmar’s tweet, his wife was traveling at a speed of around 35 kmph. Ola S1 Electric Scooter She was driving when the front wheel suspension broke, due to which she fell away.

Parmar has claimed in his tweet that his wife is currently in the ICU due to the incident. You can see his tweet and the pictures and videos in it below:-

Yestrday a horrific incident took place with my wife. She was riding her @OlaElectric at 9.15pm at a speed of about 35kmph when her front wheel just broke out of the suspension.She was thrown away in front and is in the ICU facing severe injuries. Who is responsible?@bhash pic.twitter.com/Ko8fmkiNGL

The Ola S1 gets single fork suspension at the front. At the same time, a monoshock has been used in its rear wheel, while more economical Ola S1 Air Electric Scooter Dual shock absorbers are available.

In one of the pictures shared, serious injuries are clearly visible on the face of Parmar’s wife. However, it is not clear at the moment whether he was wearing a helmet at the time of the unfortunate accident.

It is not that this is the first incident of Ola electric scooter suspension breakdown being reported. Such accidents have happened in the past as well, which points to a problem somewhere in the design or structure of the electric scooter.

Earlier in October 2022, a person named Sanjeev Jain had claimed that his Ola S1 Pro was about 6 days old. Electric Scooter Front Suspension suddenly broke. He had also shared a picture in a Facebook group, which showed a red colored Ola electric scooter with a broken front suspension.