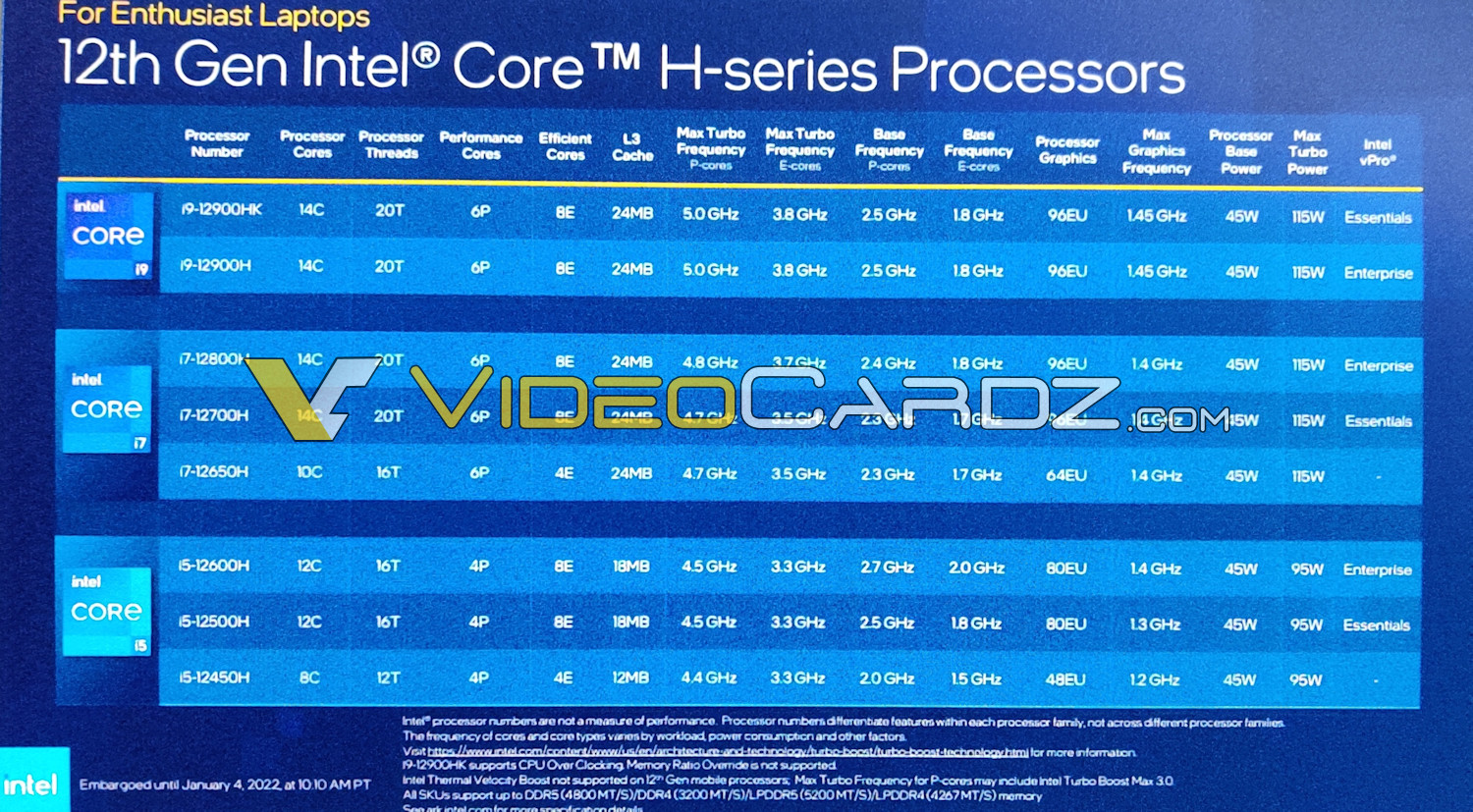 At today’s big press conference, Intel is expecting a lot of new Alder Lake processors. We’ve already written about 22 new desktop models, and now the source has declassified mobile Alder Lake. They are presented in two series: top-end Alder Lake-H with a TDP of 45 W and Alder Lake-U with a TDP of 15 W.

The Alder Lake-H series will be led by the 14-core 20-thread Core i9-12900HK and i9-12900H, clocked at up to 5.0 GHz. Also in the series are two 12-core processors and one 8- and 10-core. The Alder Lake-U lineup is predominantly 10-core processors. Interestingly, this series also includes the 5-core Pentium 8505 and Celeron 7305. Apparently, these are the successors of the 11th generation Lakefield processors, since they also consist of one large core and four small ones.