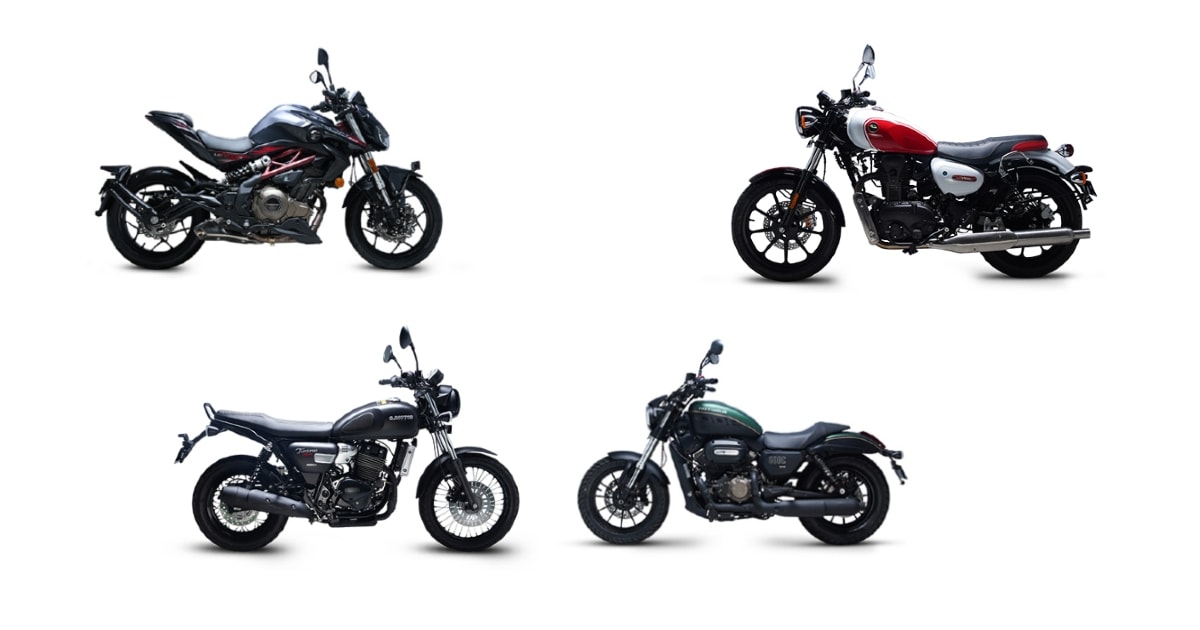 Chinese automobile manufacturer QJ Motor entered the Indian market last month and has now introduced four of its motorcycles. Launched under the names QJ SRC 250, SRC 500, SRV 300 and SRK 400, these bikes come equipped with engines ranging from 250 cc to 500 cc. The company has displayed them at the ongoing India Bike Week 2022 in Goa. Both the SRC 250 and the SRC 500 are retro-styled classic motorcycles, while the other sports a sporty look.

Talking about the price, the QJ SRC 250 is priced at Rs 1.99 lakh in India, while the SRC 500 has been launched at Rs 2.69 lakh. At the same time, SRV 300 is a cruiser style bike, which has been priced at Rs 3.49 lakh. Lastly comes the most premium SRK 400, priced at Rs 3.59 lakh. All these prices are ex-showroom. All these motorcycles have been officially launched by the company. Website 10,000 can be booked through.

QJ SRC 250 and SRC 500 both retro-styled classics Motorcycle The biggest difference is the engine. While the SRC 250 gets a parallel-twin, oil-cooled 249 cc engine, which is capable of generating 17.4 PS of max power and 17 Nm of peak torque, the SRC 500 gets a 480 cc single-cylinder, air-cooled engine. It is capable of producing 25.5 PS of maximum power and 36 Nm of peak torque.

Whereas, SRK 400 bike Coming to the specifications, it is a 400 cc naked streetfighter, which looks sporty and is premium as well. The parallel-twin engine present in it generates maximum power of 40.9 PS and peak torque of 37 Nm.

QJ SRV 300 A Cruiser bike Which is equipped with 296 cc, liquid-cooled, V-twin engine. This engine can generate maximum power of 30.3 PS and peak torque of 26 Nm. The company says that the SRV 300 is the only bike in India that comes with a 300 cc V-Twin engine.