Former Bajaj Auto chairman Rahul Bajaj dies at the age of 83, people said- ‘The auto world has lost a diamond’ 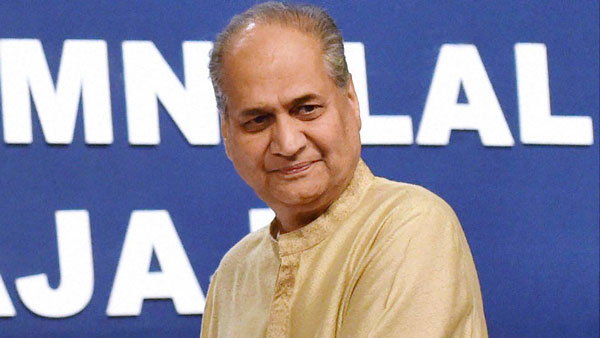 On April 30 last year, Rahul Bajaj had resigned as non-executive director and chairman of Bajaj Auto. He was appointed as the Chairman Emeritus of Bajaj Auto for a period of five years with effect from May 1. Bajaj Auto has expressed grief over the incident by releasing an official notice.

Born on 10 June 1938, Rahul Bajaj served as the chairman of the Bajaj Group for more than 40 years. Rahul Bajaj was awarded the Padma Bhushan, the third highest civilian award, in 2001. He had also served as a Rajya Sabha MP.

As of February 2021, Rahul Bajaj was ranked 421 in the Forbes list of the world’s billionaires with a net worth of USD 8.2 billion. Union Road Transport and Highways Minister Nitin Gadkari while paying tribute to Rahul Bajaj said, “My heartfelt tribute to Rahul Bajaj, a successful entrepreneur, philanthropist and former President of Bajaj. I have had a personal relationship with Padma Bhushan awardee Rahul ji. “

Delhi Chief Minister Arvind Kejriwal said, “Very sad news of the demise of the country’s famous industrialist Rahul Bajaj ji. He contributed a lot to the country’s progress on the economic front. ‘Buland Bharat ki Buland Awaaz’ became a part of every household. My heartfelt tribute to the great man.”

Madhya Pradesh Chief Minister Shivraj Singh Chouhan also paid tribute to him. He said, “The passing away of Rahul Bajaj, Honorary President of Bajaj Group is a loss to the business community of India. My condolences to the bereaved family and group. Om Shanti.”