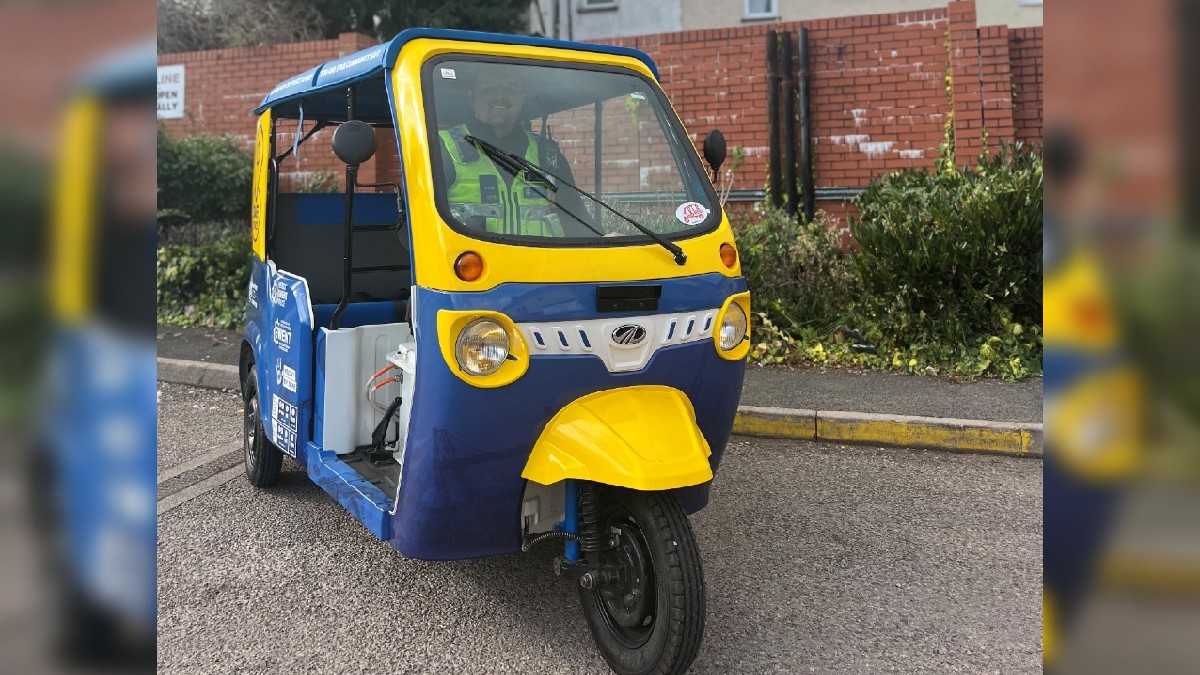 You must have seen two-wheelers and three-wheelers in the police vehicle fleet in most countries of the world including India, but let us tell you that the police department of the country of Gwent in south-east Wales has added a latest vehicle to its fleet, which Indian-origin vehicle manufacturer Mahindra has an electric three-wheeler – Treo. Yes, you read that right, you will now see Mahindra Treo electric three-wheeler plying on the streets of Gwent. This electric scooter is also available in India. It gives a range of up to 141 km in a single charge and its battery pack can be fully charged in about 3 hours and 50 minutes.

of the Gwent Police Department accordingPolice in Gwent have added four ‘tuk-tuk’ vehicles to their fleet in Newport and Abergavenny to provide crime prevention advice, report incidents and seek help when someone feels unsafe. The department’s chief inspector Damian Sowrey said (translated) “They [इलेक्ट्रिक थ्री-व्हीलर] Our Behind the Badges were featured on the day, giving local residents a chance to see them up close and learn more about how they will be used. The parents told officials that they would feel safe knowing there was support for the youth at night.”

Mahindra Treo is mainly used as an e-rickshaw in India. Mahindra sells the Treo in India in three variants – Regular and Treo Yaari three wheeler, The standard variant offers a certified range of 141 km on a single charge and has a top speed of 55 kmph. At the same time, the top speed of the Yari variant is 25 kmph and it claims to give a range of 125 km on a single charge. The Treo gets a 7.37 kWh lithium-ion battery pack, which can be fully charged in 3 hours 50 minutes. In contrast, the Yaari gets a smaller 3.69 kWh battery pack, which takes 2 hours and 30 minutes to fully charge.

Mahindra has one in the Treo series Electric three-wheeler cargo named Zor is also. It comes in three variants which include pickup, delivery van and flat bed. Equipped with an IP67 rated motor, this EV produces 10.7 hp. Its output is 42 Nm. The company claims that it can carry up to 550 kg of weight and travel 125 km on a single charge.