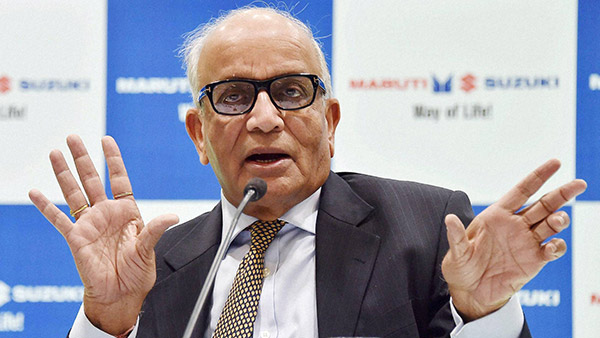 The former CEO and current chairman of Maruti Suzuki India Ltd believes that electric mobility may not be the best solution to achieve carbon neutrality in the next 10-15 years, despite the ongoing efforts to adopt electric vehicles in the country. Is.

RC Bhargava has revealed during an interview that the EV model which is being used in western countries cannot be used in India and it does not work as per the requirements here. Bhargava said that the Indian geographical and economic situation is quite different from the western countries.

He said that “India is very different from other western countries including Europe and the United States. If we go with whatever strategy we are adopting, I don’t think we will be with what needs to be done in India.” You can do justice.”

Bhargava said that “Let me highlight some of the big differences that exist between western countries and India. Per capita income in India is about 5% in Europe and 3% in the United States. When it comes to personal transportation , then there is a direct relevance to the affordability of personal transport vehicles and the preferences of the customers.”

He further added that “we have alternatives in the short term and at a lower cost. We have to use our own resources and our own technologies, which will be different from what is prevalent in western countries.” The chairman of Maruti said that a large proportion of Indian automotive customers use two-wheelers as their primary mode of transport despite the inconvenient and unsafe mode of transportation.

He informed about the fact that the current number of scooters and two wheelers in the country is 200 million and said that this is due to the fact that people are compelled to opt for them because of the affordability factor. He said that while the penetration of cars in India is less than 3%, the cars used here account for more than 70% of small cars.

Penetration in the European Union is over 50% and in the United States is around 87%. Bhargava said the small cars used here are not used at all in the USA and the percentage is much lower in the EU as well. It has an effect on GHG (Greenhouse Gas).