Ford Motor will produce less in its 8 factories, this decision was taken due to lack of chips 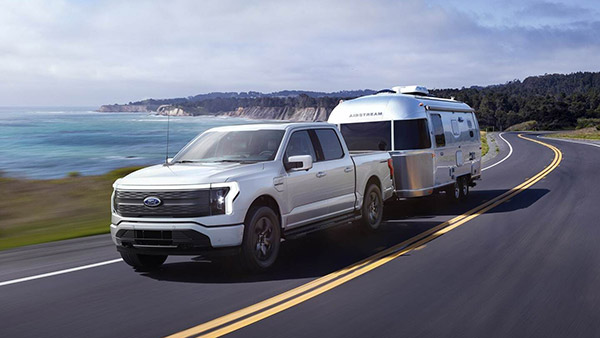 The change comes a day after the Detroit automaker warned that chip shortages would lead to a decline in vehicle volumes in the current quarter. According to the information, production at factories in Michigan, Chicago and Quetitlan, Mexico will be suspended.

In addition, production of Ford Motor’s Ford F-150 pickup trucks in Kansas City will go to waste, while a shift will move to production of its transit vans. Ford Motor will run single shift or reduced schedules at its factories in Dearborn, Kentucky and Louisville, eliminating overtime at its Oakville factory in Canada.

All changes will be applicable for the week starting February 7. Ford shares fell on Friday after the company posted lower-than-expected quarterly earnings and forecast a slower recovery in 2022 vehicle production than rival General Motors (GM.N).

Although the company said that Ford expects the volume of vehicles to improve significantly in the second half. Let us tell you that recently Ford Motor has removed the curtain from its most powerful street-legal production SUV to date, the Ford Bronco.

It has been designed by Ford Performance. Let us tell you that this is the same team that produces the Ford F-150 Raptor. Ford Performance changed several things to make the 2022 Ford Bronco Raptor as an off-road vehicle far more capable than the standard model.

At its core is a fully boxed, high-strength steel frame with new shock towers to enhance wheel travel and off-road durability. It also gets advanced axles, extra towing capacity and 37-inch wheels, the largest on any current production SUV.

The Ford Bronco Raptor also comes with a minimum ground clearance of 13.1 inches, which is 4.8 inches higher than the base four-door model. Talking about the 2022 Ford Bronco Raptor engine, the powerful 3.0-litre twin-turbo V6 engine has been installed in this SUV. This engine is capable of producing a maximum power output of 400 bhp.

The company has paired a 10-speed automatic gearbox with this engine. The 2022 Ford Bronco Raptor also gets the carmaker’s exclusive GOAT Modes Terrain Management System, which helps it navigate any kind of terrain. It aims to help drivers navigate off-road better.

The SUV offers seven drive modes, including a specially tuned Baja Mode, which activates Turbo Anti-Lag Calibration to maximize performance on high-speed desert runs. This has been given by the Chief Executive Officer of Ford Motor Company, Jim Farley.