For the first time since December 2015, Apple has become the number one selling smartphone in China 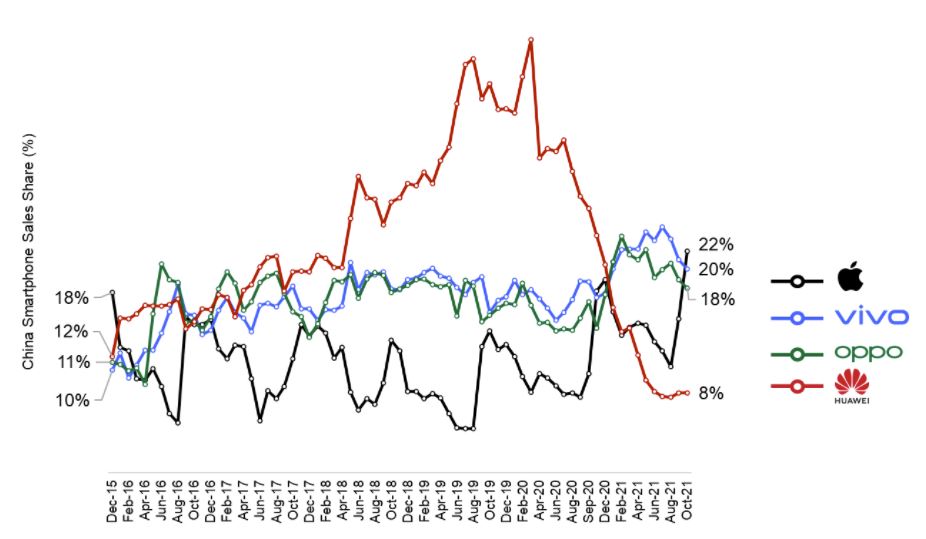 In October 2021, Apple surpassed Vivo in sales of smartphones in China to rank # 1 in the largest smartphone market in China, according to Counterpoint Research’s monthly count. This happened for the first time since December 2015. Thanks to the iPhone 13 series, Apple’s smartphone sales grew 46% month-on-month, the highest among major suppliers. For comparison: in general, the smartphone market in China in October grew by only 2%. Other key manufacturers saw sales in October fall from the previous month.

Analysts point out that due to supply issues, the usual wait times for the iPhone 13 Pro and iPhone 13 Pro Max in China are four to five weeks. Some buyers even prefer to overpay, just to get a new product made immediately. The supply chain in the face of scarcity is also focusing on high-end devices that generate more value.