For the first time, scientists discovered a system with 3 suns, once their number was 4. 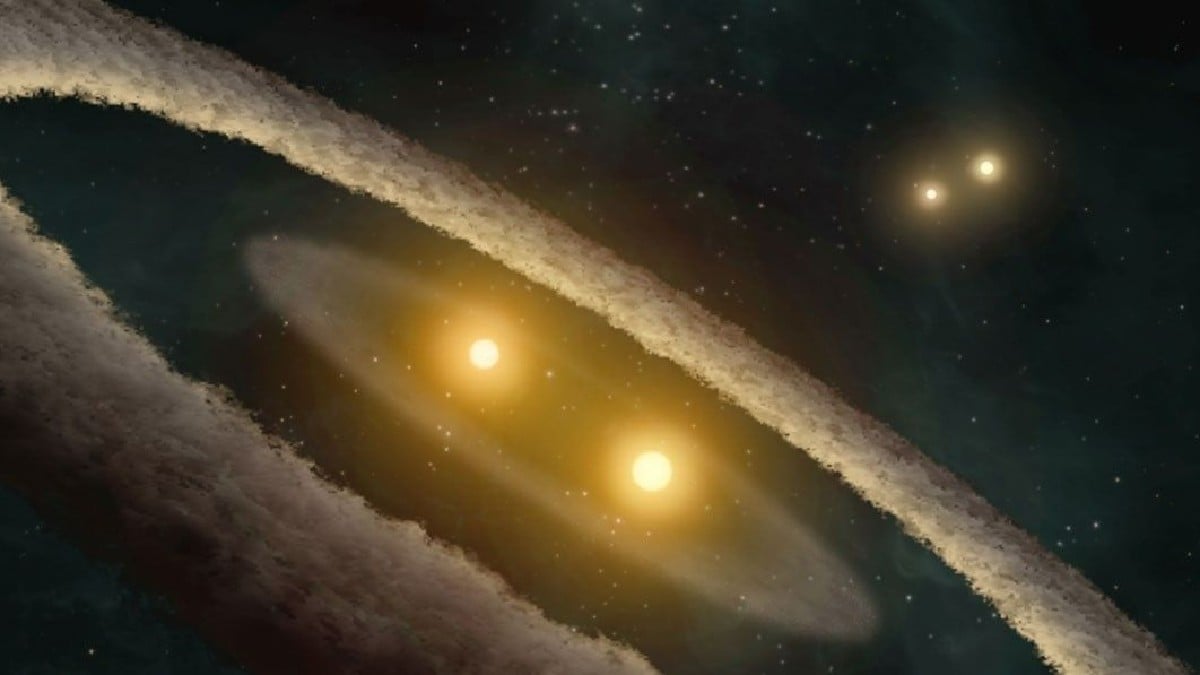 The solar system we live in can be called the most unique. Life is present in this small part of our galaxy i.e. Milky Way. Here is a planet like Earth, on which all species are seeing life. This life is possible because of the Sun. Have you ever thought of such a system, where there is not one but two suns. Astronomers have discovered one such system. The surprising thing is that there are not one but three Suns and once their number used to be 4.

For the first time, astronomers have discovered a unique system known as TIC 470710327. It has two binary stars i.e. ‘Sun’. According to scientists, these two revolve around each other. Live Science has Report It has been told that a big star also revolves around these two.

This system was first discovered by amateur astronomers. He was scouring data from a NASA observatory. They thought it was a mistake. He informed astronomers, who confirmed it to be a triple star system.

Many more information related to this system is surprising. Actually, the 2 stars which revolve around each other, they complete this work in just 24 hours. The total mass of these two stars is 12 times the mass of our Sun.

As far as we know, this is the first system of its kind, said Alejandro Vigna-Gómez of the Niels Bohr Institute at the University of Copenhagen. The special thing is that the stars of this triple system are very close to each other. It is a compact system. His Chinese colleagues are also involved in this research with Alejandro. Both are looking for the answer to the question of how this system of two stars and the system of the third big star that revolves with them came to be. Researchers are more surprised by the presence of a third star. Its mass is 16 times that of our Sun and it revolves around the two stars 6 times every year. It is believed that this third star swallowed its fourth companion star.