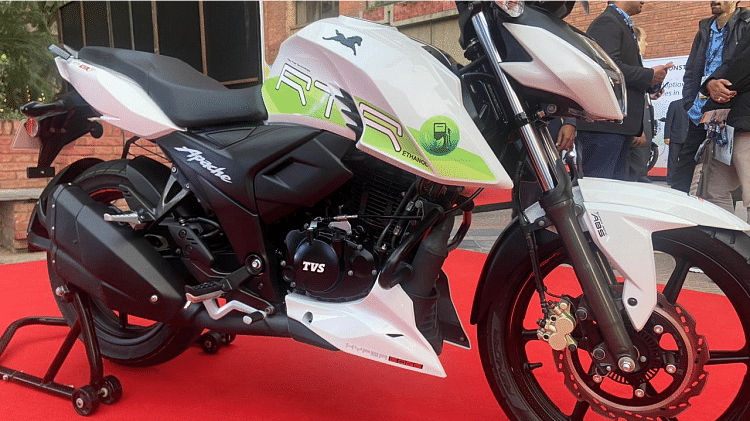 TVS, which is one of the country’s leading two-wheeler manufacturers, is also preparing to bring a flex fuel bike. The company has recently shown the prototype model of its first bike. With the new technology, which bike can be introduced by the company and what will be its specialty. We are giving you this information in this news.

Preparations to bring the flex fuel bike from TVS are going on very fast. Recently, the first bike with this technology has been publicly shown by the company. Although right now it is only a prototype model, but after the completion of testing, the bike with flex fuel technology can be introduced by the company.

Which bike will get technology

The bike in which this technology has been shown by TVS is Apache, one of the company’s premium bikes. It is well liked in its segment. According to the information, the company can first enter the flex fuel segment with this bike.

what kind of fuel will it run on

The prototype of the Apache bike shown by the company. She can run on blending gasoline with ethanol ranging from E20 to E85. Apart from this, many of its parts have been made in a better way than the standard Apache.

When will production start

At an event in SIAM, company officials told that by 2024, at least one bike from TVS can be introduced in the Indian market with flex fuel technology.