Flagship screen in a mid-range model. Redmi Note 12 Pro will indeed get an OLED panel 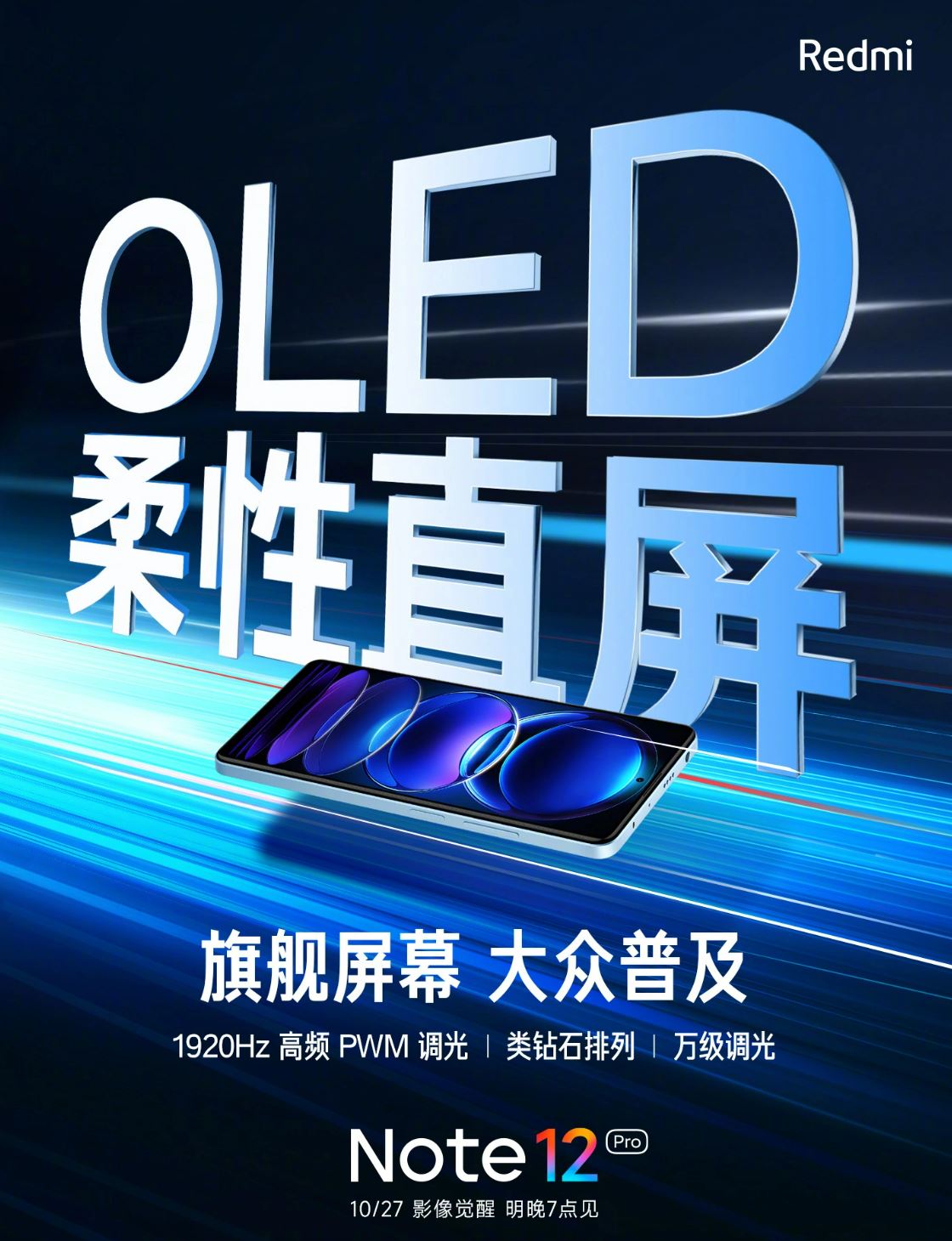 Rumors have attributed the Redmi Note 12 Pro and Note 12 Pro+ to OLED screens, and they really will – the company has just confirmed this with an official teaser. But the panels are not curved, as previously reported, but flat. Many will probably consider this a plus.

The official description that accompanies the teaser says that the screen of the phone far exceeds expectations. There is also such a characteristic: a flagship screen in a mid-range phone.

Judging by the image of the phone in the teaser picture, the Redmi Note 12 Pro will also have stereo speakers and a standard headphone jack on the top edge.

It has already been confirmed that the Redmi Note 12 Pro will have a 50MP Sony IMX766 sensor in the main camera (also with optical stabilization), while the Redmi Note 12 Pro+ will use a 200MP Samsung HPX sensor for the first time. Recall that the official premiere of new products will take place tomorrow.