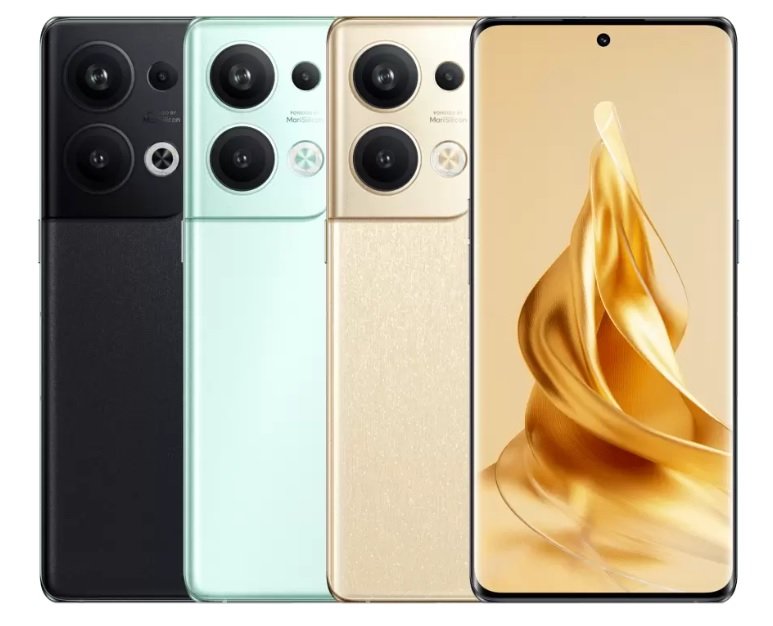 Along with models Oppo Reno9 and Reno9 Pro Today, the new flagship of the company, Oppo Reno9 Pro +, was officially presented. It is built on the SoC Snapdragon 8 Plus Gen 1 and indeed received as much as 16 GB of RAM already in the base version with 256 GB of internal memory. We already wrote about the fact that other smartphones, even flagships, usually do not have such an amount of RAM in lower models – it turns out that the Oppo Reno9 Pro + has become one of a kind. The model is equipped with a 6.7-inch curved AMOLED display with a resolution of 2412 × 1080 pixels (Full HD +) and a refresh rate of 120 Hz, the same screen was received by the younger representatives of the series – Reno9 and Reno9 Pro.

The flagship smartphone received an even more capacious battery than its younger brothers – by 4700 mAh, fast charging is also more powerful – by 80 watts. Another distinctive feature of the device are stereo speakers. Other features include support for two SIM cards, 5G, Wi-Fi, Bluetooth, NFC, a USB-C connector and a fingerprint sensor. The Oppo Reno9 Pro+ will go on sale in China on December 2nd for 3999 Yuan (about $559) for the 16GB/256GB model and 4399 Yuan (about $615) for the 16GB/512GB model.