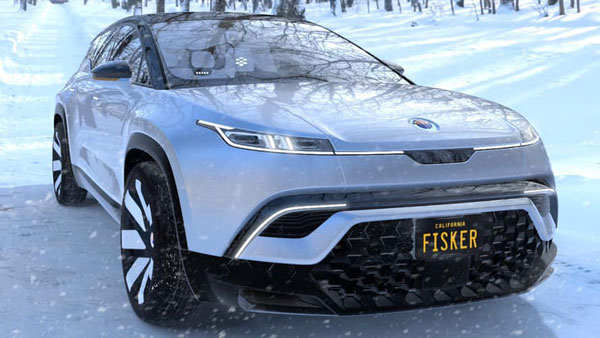 According to the report, Heinrich believes that the sales of electric SUVs in India are going to pick up pace from 2025-26. So Heinrich wants Fisker to take advantage of the company’s first opportunity in India. “The faster cars in India will be electrified faster. It won’t be as fast as the US, China or Europe, but we want to be one of the first to come here,” Henrik Fisker said in a statement.

Currently, electric cars account for only 1% of the 3 million cars sold in India every year. Inadequate charging infrastructure and high battery costs are partly responsible for the slow transition to electric vehicles.

Fisker will get the benefit of PLI scheme

The Government of India aims to increase the share of electric vehicles to 30 percent by 2030. The government has recently launched Product Linked Incentive Scheme (PLI) to promote Original Equipment Manufacturers, Electric Vehicle Cell and manufacturers in Green Energy. If Fisker manufactures vehicles in India, the company will be a participant in incentive schemes under the PLI scheme.

Fisker’s US rival Tesla Inc has halted its India entry plan after it failed to secure lower import duties for its cars. Tesla first wanted to import vehicles to test the market before committing to local manufacturing.

While Fisker acknowledged that importing the vehicles into India is “too expensive”, the company will produce under the brand in India itself. The company’s Ocean Electric SUV sells for ₹37,500 (approximately Rs 30.50 lakh) in the United States, but importing it in India will add to the logistics cost and 100% import tax. This will put it out of reach of most buyers in a market where most of the cars sold are priced below Rs 12 lakh.

According to Fisker, the company is planning to launch the electric SUV within $20,000 (approximately Rs 16.5 lakh). Fisker says that if they find the right local partner, the timeline for the vehicles to start production can be shortened and prices can also be controlled.

Fisker says it is necessary to sell at least 30,000 to 40,000 cars annually to set up a plant in India. The company said setting up a plant with an annual production capacity of 50,000 cars would cost around Rs 6,500 crore in India.

Fisker has a contract manufacturing agreement with Magna International which will produce the ocean at its Austrian unit and ship it to India. It has also entered into an agreement with Foxconn to manufacture PEAR. The company is looking for real estate sector to open a showroom in New Delhi. In India, Fisker is expected to compete with electric vehicles from Tata Motors and Hyundai.