First teaser of Royal Enfield Himalayan 450 released, know when it can be launched

Royal Enfield had released this teaser on its account, on which ‘Testing 1,2,3..’ is written. At first glance, it is known that this is not the Himalayan currently being sold. In this, the front LED headlight of this bike can be seen but not much design details have been revealed. Before this, the new Himalayan has been seen testing many times.

The Royal Enfield Himalayan 450 is expected to get a slightly bigger exhaust, while the windshield, fuel tank and side panels have been seen. The front and rear luggage racks can be kept same as before but its profile can also be changed slightly. Its rear part and seat looks the same as before.

This bike will come with more load carrying capacity than before. At the same time, some other changes can be seen to improve its handling. The Himalayan is known for its off-road capability and thus designing it would be difficult. The company has been working on improving it over the years and the focus can be on comfort as well.

The Royal Enfield Himalayan 450 can be given a 450 cc engine, which provides 40 bhp power and 45 Newton meter torque. Presently, the Himalayan provides 24.3 bhp of power and 32 Nm of torque, and in this case, it is going to be more powerful than before. In this, instead of a 5-speed gearbox, a 6-speed gearbox will be given.

Several ride modes can be given in Royal Enfield Himalayan 450. Talking about other features, ride-by-wire throttle, optionally heated grip can be given. The company can bring this bike with some more new changes, due to which the price may also increase slightly.

There is a long wait for the Royal Enfield Himalayan 450 and in such a situation, the company has released the first teaser, making the customers happy. This bike looks attractive and strong at first sight, so now it has to be seen when more information can be revealed. 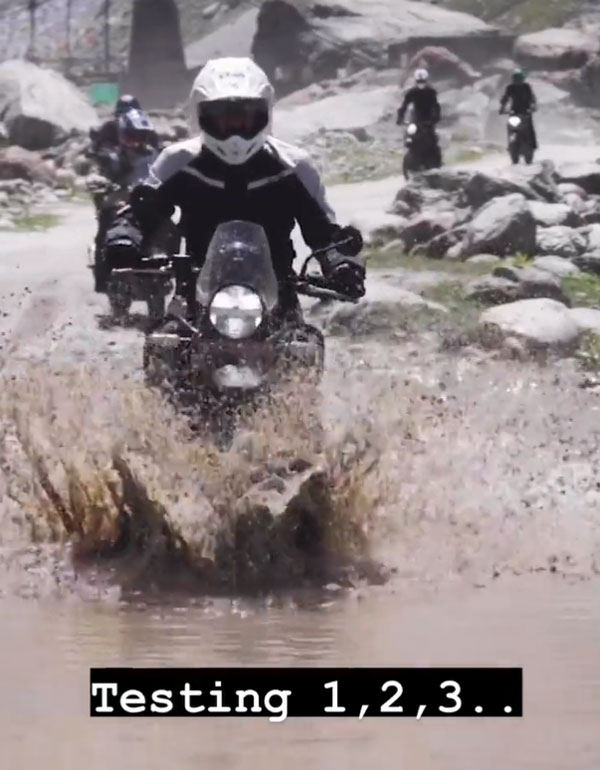