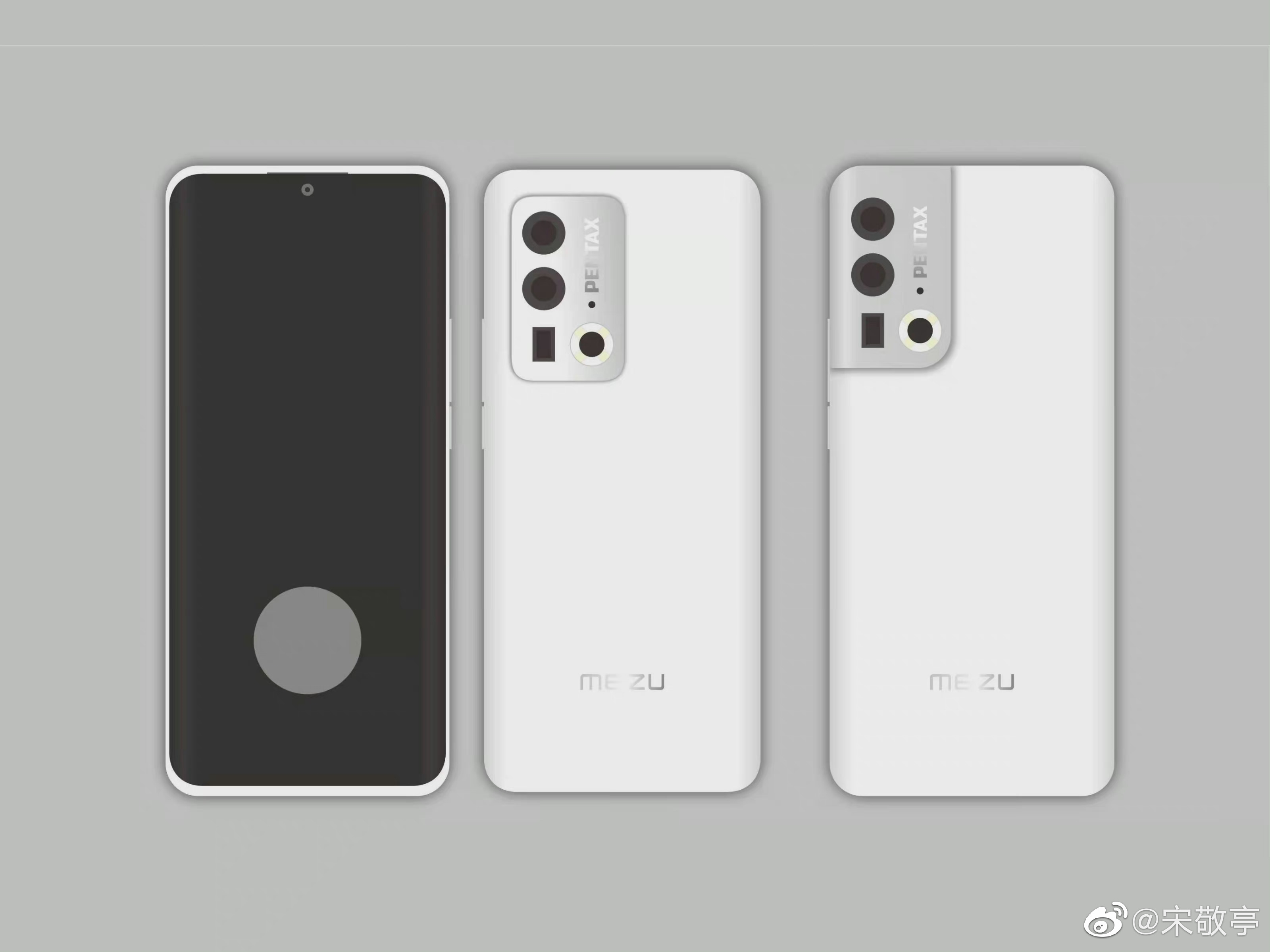 A few days ago, Meizu CEO Huang Zhipang said in an interview that Meizu will focus on creating perfect, easy-to-use and unique flagship mobile phones in the spirit of Meizu in 2022.

Fans already have high hopes for the Meizu 19 line. The first images have appeared on the Web that suggest what the device might look like. Two variants are shown, which differ in the design of the island of the main chamber. In one case, the smartphone looks like a representative of the Samsung Galaxy S line.

Presumably, the main camera of Meizu 19 could be created with the participation of Pentax specialists. It will include three main modules, including a periscope camera, as well as a time-of-flight camera and a ring-shaped LED flash.

The round area on the front indicates the use of an ultrasonic fingerprint scanner. Recall that Qualcomm recently introduced a new generation of fingerprint sensor Qualcomm 3D Sonic Max, which recognizes two fingerprints at once over a larger area.

Presumably, the Meizu 19 series should receive a Qualcomm Snapdragon 8 Gen 1 single-chip system, as well as an all-white body, including frames around the display.

The presentation of Meizu 19 is expected this spring.