Fire in passenger’s phone on Indigo flight coming to Delhi 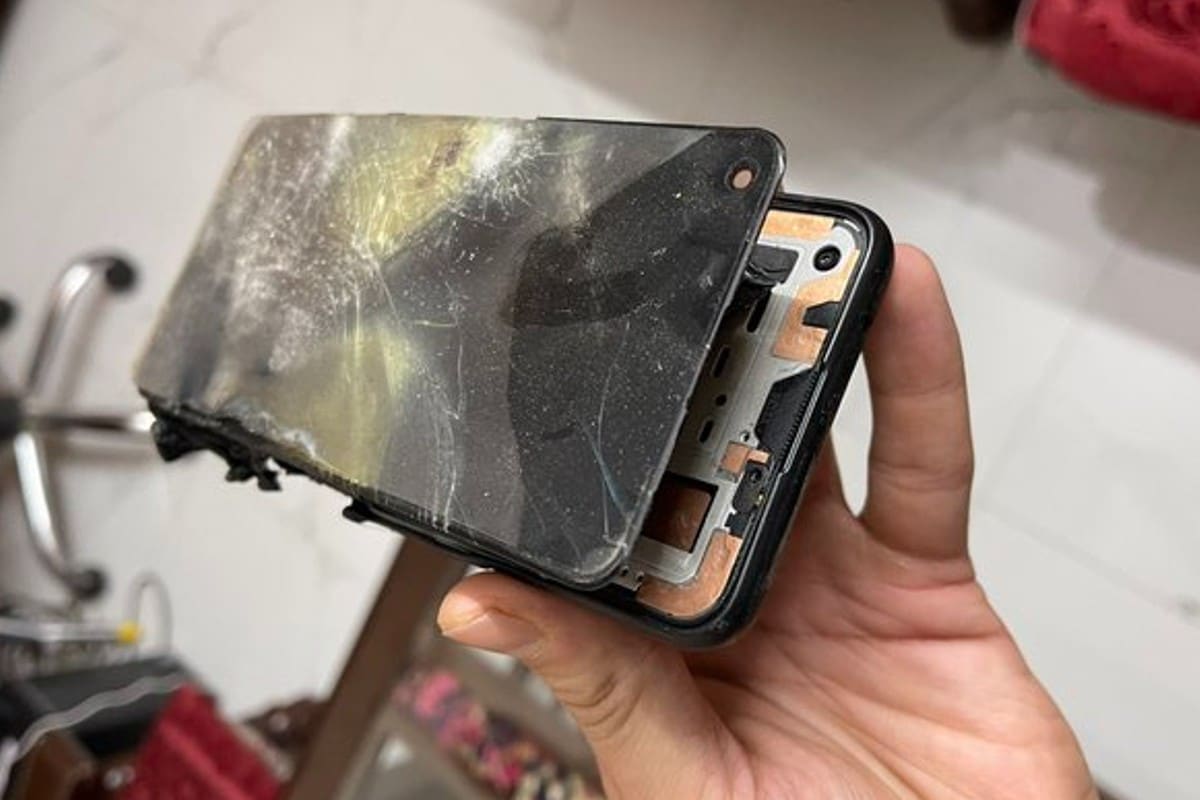 A case of fire in the mobile phone of a passenger on IndiGo’s Dibrugarh-Delhi flight has come to light. Aviation regulator DGCA officials said that after the incident, the cabin crew brought the situation under control with the help of fire extinguishers. The good thing is that no passenger and crew members were harmed in this incident. According to the information, flight 6E 2037 was coming from Dibrugarh towards Delhi. During the journey, a cabin crew member noticed sparks and smoke coming out of the passenger’s phone. Everyone got alert and the cabin crew extinguished the fire with the help of fire extinguishers. The aircraft landed safely at the Delhi airport at around 12.45 pm on Thursday.

Recently, in another similar incident, an explosion occurred in the hands of a user while using the OnePlus Nord 2. The good thing is that there was no harm to the user. This is not the first time a smartphone has exploded or caught fire. Recently many such cases have come to the fore. There are also incidents in which users were seriously burnt. In November last year, another OnePlus device exploded, causing user damage. However, the company returned the money to the customer and also took care of his medical expenses.

In another such alleged case, last year the OnePlus Nord 2 5G exploded in a woman’s sling bag in Bengaluru. The husband of the affected user had informed people about the accident on Twitter. Ankur Sharma said that the explosion in the OnePlus Nord 2 took place on Sunday morning when his wife came out of her bicycle carrying a smartphone in her sling bag. “Suddenly the phone exploded and smoke started coming out of it. Due to this explosion, she became a victim of an accident.”