Fire In Car: Skoda Slavia parked itself was burnt to ‘ash’, the company gave a new car in return to the owner 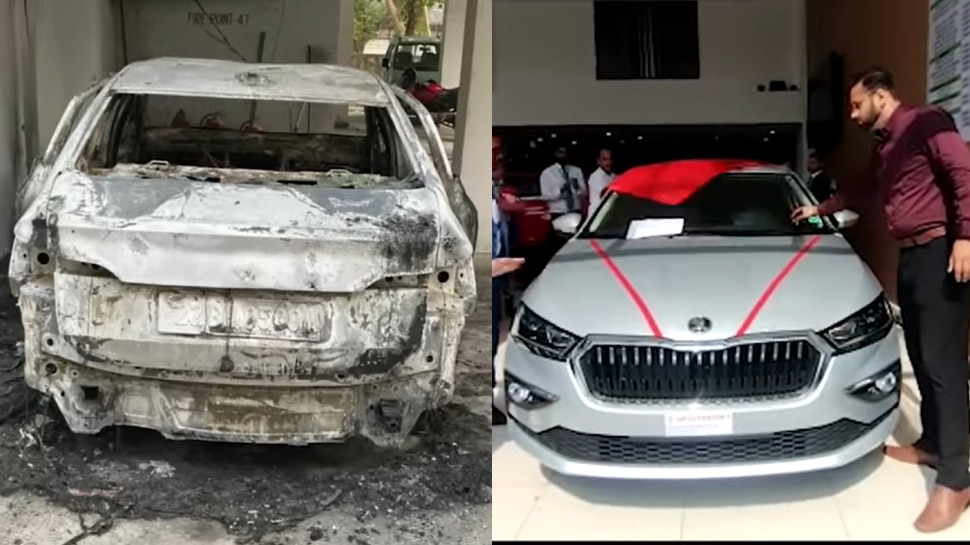 Slavia Fire Case: The car was not fitted with any aftermarket accessories nor was the car underwent any modification. The car was of the top variant.

He said that he had parked his sedan around 10 in the night and at 3 in the morning the security of the society woke him up and told that his car was on fire. By the time he reached the spot, the car was completely engulfed in flames. He said that there were several explosions in the car and the fire could not be controlled. Firefighters also came but could not control the fire.

The car did not have any aftermarket accessories

The car was not fitted with any aftermarket accessories nor was any modification done to the car. The car was of the top variant. Hence, it was equipped with a lot of features, so that the car owner did not need to install any kind of aftermarket accessories. Where the car was parked, it was not even in danger of catching fire. Even in such a situation, it was worrisome to set fire to a parked car by itself.

After this matter came to the fore, initially the company did not get much attention but when this incident came in the news, the company took proper cognizance of it, as a result of which now Abhishek Bhatia has been replaced by Skoda. Slavia car has been given.