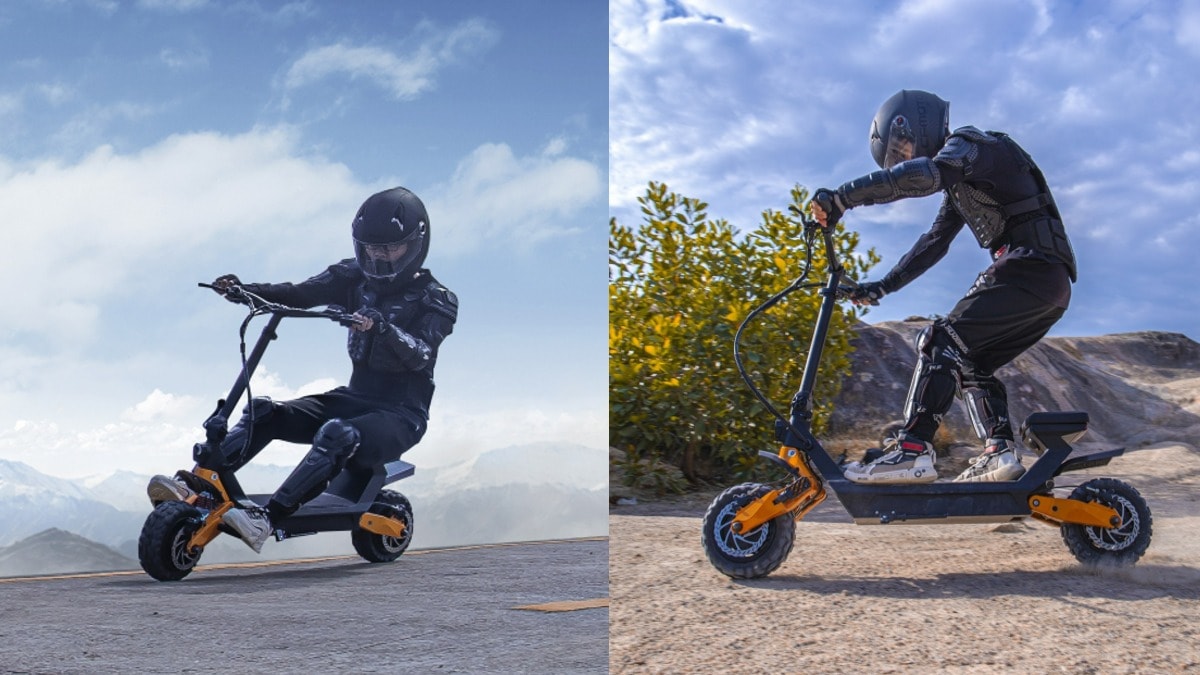 Fiido is soon going to launch its new electric scooter Beast, which can be driven in two modes. It can also be used as an e-scooter as well as a go-kart by adjusting its handle. It has a dual motor, on the basis of which it can generate a lot of power. It has a top speed of 50 kmph and can run 70 km on a single charge.

Fiido has not given any information about the price of this electric scooter, but it has confirmed that the Beast e-scooter will be launched. Indiegogo campaign Will be sold through 40% discount. The discount will be given to the initial customers for a limited time.

The biggest feature of the Fiido Beast e-scooter is that the user can use it as an e-scooter as well as a two-wheeler go-kart as per his wish. The company has given a wide flat surface in it, in which it can be driven like a normal electric kick scooter while standing. Apart from this, it also has a seat, on which it can be made a go-kart by sitting on it and adjusting the handle.

As its name suggests, the company has made it quite powerful. It gets dual electric motors that generate 1.3kW of power, thanks to which it can reach a top speed of 50 kmph. For good range, the company has given a battery pack of 1.5kWh capacity in it, which makes its single charge range 70km. The battery can be removed, so the user can charge it anywhere or it can be fitted with an extra battery.

It has a special keyless security system, through which the battery can be removed. This ensures that no one can remove the Beast’s battery pack without the user’s approval. It gets 11-inch tires and dual disc brakes, which makes it comfortable even for off-roading.