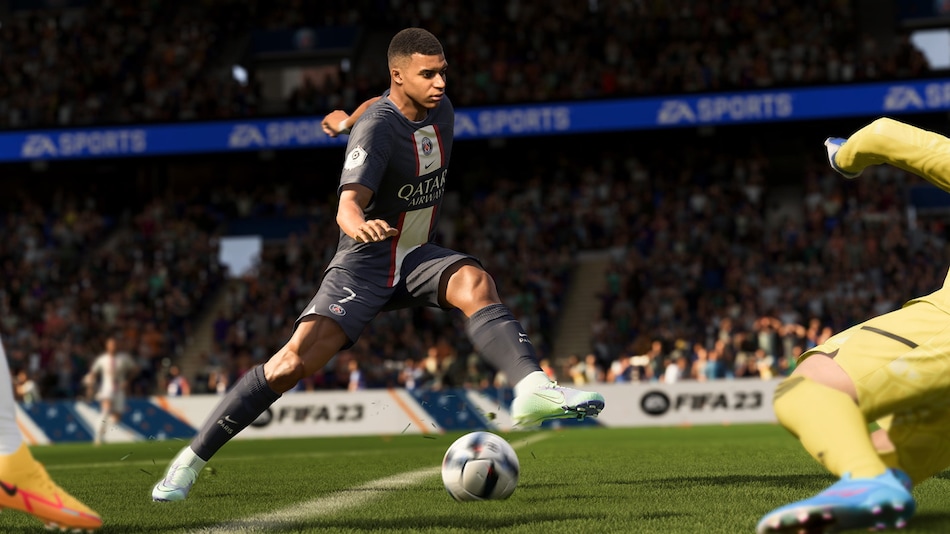 FIFA 23 has released the official first look trailer detailing all the new features coming to the game. EA Sports adds women’s club teams and cross-play support for the first time in the series. Due to cross play, players with Playstation, Xbox and Windows systems will be able to play this game among themselves without any problem. FIFA 23 will be released on 30 September, and due to disagreements with the global FIFA federation, the game will be the last game in the franchise to come with the ‘FIFA’ moniker.

At launch, FIFA 23 will include two major women’s leagues – the FA Women’s Super League and the French Division 1 Féminine – which EA will expand further in the future. The Ultimate Edition cover was introduced earlier this week, featuring Sam Kerr of the Chelsea women’s team. He was accompanied by Paris Saint-Germain’s Kylian Mbappé, whose third consecutive appearance on the cover since FIFA 21.

This year EA Sports has included two official World Cup modes on FIFA 23, which will be released as post-launch updates at no additional cost. The men’s tournament will be based in Qatar. Let us tell you that this year the FIFA World Cup is actually to be held in Qatar. At the same time, the Women’s Cup will be held in the stadiums of Australia and New Zealand.

Cross-play support is another great feature on FIFA 23, which will allow multiple platforms to play games together. It will support only in 1v1 mode. Interestingly, this year’s FIFA can also be purchased through the Epic Games Store, though login and CD key verification will require an Origin account.

FIFA 23 Standard Edition is available for PC on Steam and Epic Games for Rs 3,499. At the same time, it is available for Rs 3,999 on PS4 and Xbox One and Rs 4,499 on PS5 and Xbox Series S/X. FIFA 23 Ultimate Edition is priced at Rs 4,799 on Steam and Epic Games games and Rs 6,499 on Xbox Store and Playstation Store. Ultimate Edition will give you access to both PS4 and PS5, or Xbox One and Series S/X editions of the game. You can get 10 percent off with EA Play on both editions of FIFA 23 on consoles.

The FIFA 23 game is coming to PC, PS4, PS5, Xbox One and Xbox Series S/X on September 30. Buying Ultimate Edition or subscribing to EA Play Pro will give you access three days before September 27th. FIFA 23 Legacy Edition will be available on Nintendo Switch.