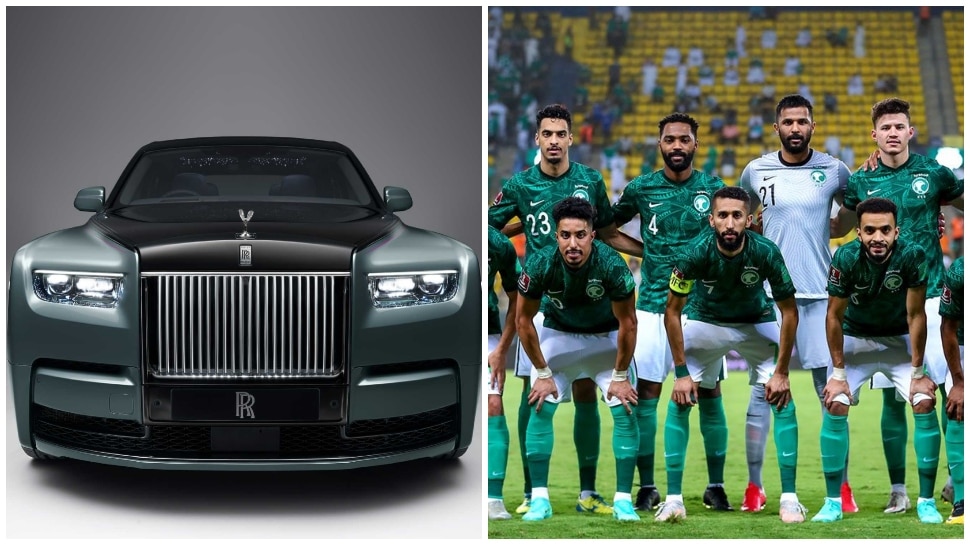 Saudi arabia national football team: Two-time world champion Argentina defeated 2–1 by Saudi Arabia. Saudi Arabia’s victory is being discussed everywhere and everyone is congratulating the players in their own way.

Saudi arabia vs argentina rolls royce: Since 20 November, several shocking matches have surfaced in the FIFA World Cup ( 2022 FIFA World Cup), running in Qatar. One such match was between Argentina and Saudi Arabia. Two-time world champion Argentina was defeated 2–1 by Saudi Arabia. Saudi Arabia’s victory is being discussed everywhere and everyone is congratulating the players in their own way. Now according to the latest report, the Saudi Arabian government is gifting a Rolls-Royce Phantom to every player on its team for this historic achievement.

If the Express report is to be believed, Prince Mohammed bin Salman Al Saud will gift this luxury car to all the players themselves upon returning from Qatar. This victory was so celebrated in Saudi that the king announced the holiday. This victory of Saudi Arabia against Argentina is also important because no one had any idea of losing Argentina. Argentina is one of the strongest teams in FIFA 2022. There was a 48-point difference in the world rankings of these two teams. Legendary fullballer Lionel Messi was present in the Argentine team.

What’s special in Rolls-Royce Phantom?
The Rolls-Royce Phantom is one of the most luxury cars in the world. It costs around Rs 11 crore. The company introduced the Phantom Series II earlier this year. It features a 6.75-liter naturally-aspirated V12 engine. This engine generates 555 bhp and peak torque of 900 nm. An 8-speed automatic transmission is available with the engine, which powers the rear wheel. Its speed is so high that it catches a speed of 0-100 kmph in 5.1 seconds.