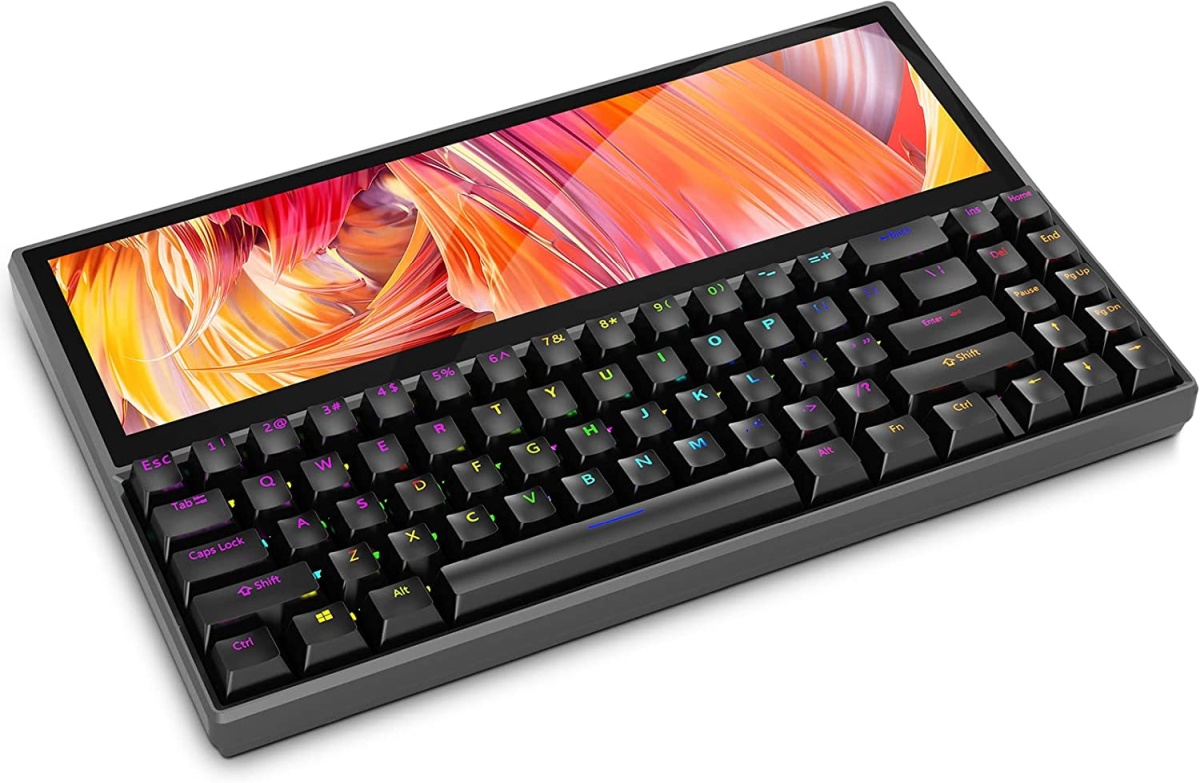 This summer, a crowdfunding campaign was launched on Kickstarter to raise money for the Ficihip keyboard. This is a mechanical keyboard with a built-in touch display with a resolution of 1920 x 515 pixels with a refresh rate of 60 Hz and support for 10-point multi-touch.

The company claims that the touchscreen typically cuts down on mouse use by about 50%. Declared compatible with Huawei EMUI, Samsung DEX and other mobile operating systems, as well as Windows and MacOS. Although in the latter case, the touch screen will only support one touch.

The novelty is equipped with 71 buttons with K2 Gateron switches. The keyboard has RGB backlighting and a USB-C port for connecting to a computer. The keyboard also has two additional USB 2.0 Type-A ports that allow you to use it as a hub for connecting a wired mouse, drives, and so on.

It is not yet reported when the new product will appear on the market, but the price is already known – it is $ 389 at retail. Also, it has not yet been reported in which markets the keyboard will be available.