Farmer’s son designed a hydrogen-powered car, 250 km at a cost of Rs 150. journey of 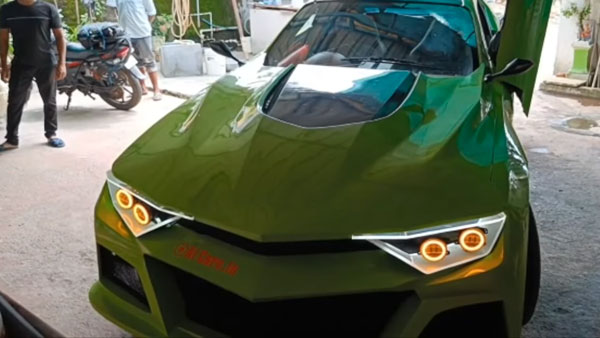 Mechanical engineer Harshal has made this car with his childhood friends living in Tehsil Wani of Yavatmal, which has been prepared in his own workshop. The car has been named ‘Sonic One’ which is a completely made in India electric car.

They say they have registered it as a car maker under the name ‘AICars’. Its founder and CEO is Harshal Nakshne. They aim to start deliveries of these cars by 2024.

He claims that he has recently shown its performance to Union Road Transport Minister Nitin Gadkari by driving a car from Wani to Nagpur. After which they have also got assurance of all kinds of support for it to launch commercially.

Harshal told that, “We were crazy about cars from the time of our schooling and since then we had the dream of making India’s supercar. Keeping this in mind, he completed his engineering from Raisoni College, Nagpur.”

His childhood friends, Kunal Asutkar, Danish Shaikh, Prajwal Jamdale have been made CFO, COO and CIO respectively of AICars company. He acquired many skills related to car making and also helped a lot in starting a workshop in Wani last year.

Harshal explains the journey of this car in detail and says, “We had made the aim of making a car from the very beginning. We had already thought that we would not do a job after completing our studies. Let us tell you. That he will not sell its patented technology to any big company and set up his own plant in Yavatmal.

Harshal’s parents initially helped him a lot financially, they gave Rs 25 lakh for the prototype Sonic One. The team claims that they have given their first investors a 5% stake in their company from Bangalore. They aim to launch their beta build (2nd version) in 2023, complete production validation and start its delivery by 2024.