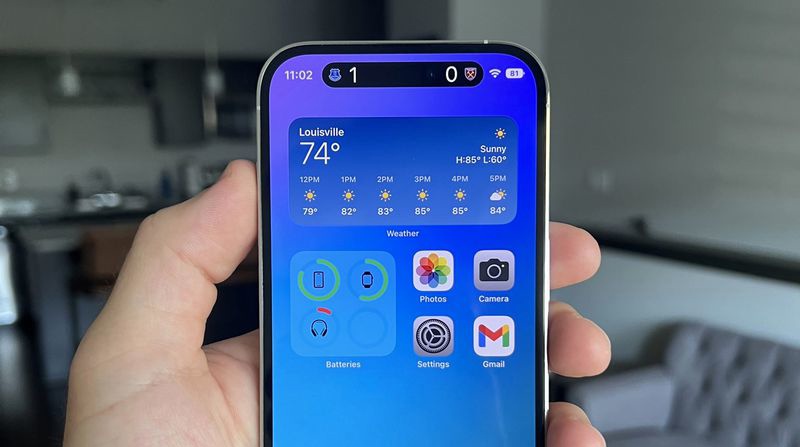 Apple has confirmed that iOS 16.1 will feature a new Live Activity feature that allows iPhone users to get real-time updates on the lock screen about sports events, food delivery status, and more. Beta testers confirm that on iPhone 14 Pro and Pro Max, live sports are already integrated into Dynamic Island.

For example, during a football match in Dynamic Island, a real-time scoreboard is displayed. With a long press, Dynamic Island expands to show elapsed time and other important information. IT House confirms that when the iPhone 14 Pro is locked, the score is displayed in a widget on the lock screen. Also, Dynamic Island will immediately notify you if any team scores a goal.

To test this feature on an iPhone running iOS 16.1 beta, you need to subscribe to supported events in the TV app. Apple said the feature is available for MLB events for users in the US, Canada, Australia, UK, Brazil, Mexico, Japan, and South Korea, and NBA and Premier League events for US and Canadian users only.

iOS 16.1 will be released later this year. In addition to adding support for Live Activity in third-party apps, the update will include a new green energy charging option for users in the US, support for Matter accessories in the Home app, and Apple Fitness+ workouts without the need for an Apple Watch.