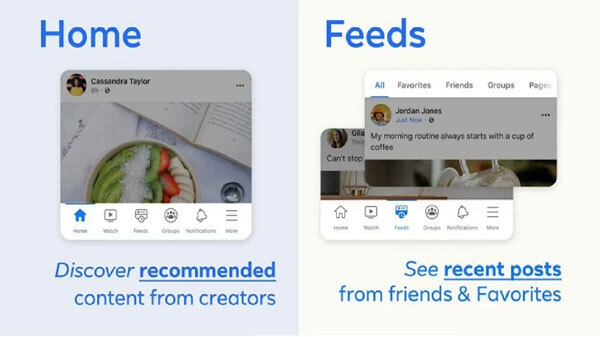 Facebook App Update : Meta has been eyeing the Chinese short video app Tiktok for a long time. Tiktok was banned in India in 2020. After which Meta gave the Reels feature in Instagram. Instagram reels has replaced Tiktok in India today. People keep on creating their reels and uploading them on Instagram. But even after this Meta is not looking happy. Meta has now also changed the interface of Facebook App, after which Facebook App has become like Tiktok.

A new update is going to come soon in the Facebook app, after which a new home tab will appear and photos, videos and status of friends will be shown in this home tab. In this home tab, you will get the updates of like and followed pages. Suggestion posts will also be shown in this tab and here you will also see posts related to Facebook browsing history. Overall, now the Facebook app will look like TikTok and Facebook will also be like Instagram.

The new update of the Facebook app will be released from next week. After the new update, one problem will be that if a friend of yours is posting after a long time, then the chances of his post appearing on your timeline will be very less, because now the Facebook app will work on a completely new algorithm which will help you Will show content on the basis of search and interest. After the new update, you will also see many shortcut buttons. Which will make it easier for you to work.

You have already subscribed