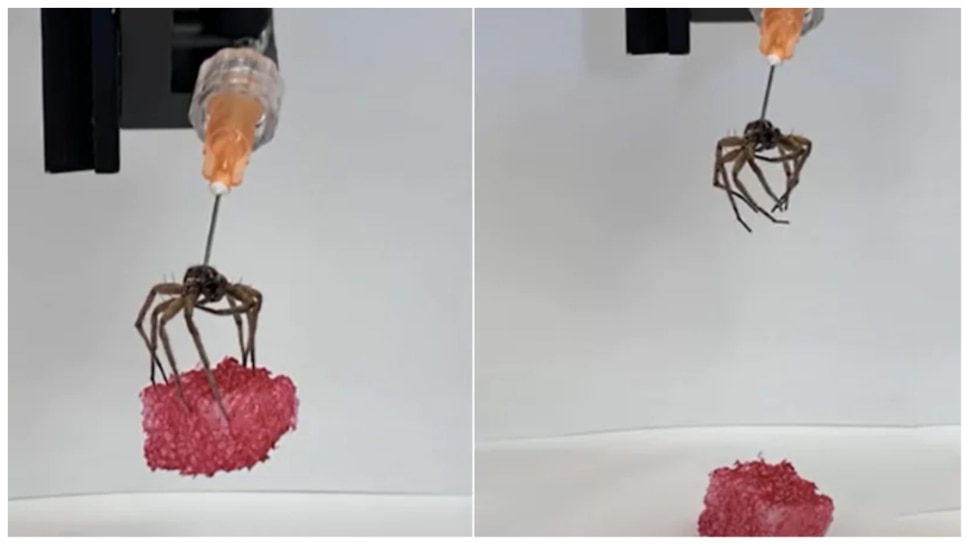 Trending News: Researchers from Rice University in the United States have recently released a report of their experiment in the journal Advance Science. It showed how his team made the bodies of dead spiders fit to move around by filling air in their legs.

Latest Science News: The world of science is also no less than a mystery. Scientists keep on doing such experiments and discoveries that surprise the whole world. Scientists have also made such things which were earlier limited only to nature, such as the sun, moon or robot which works like a human, but till now giving life to any human or animal is the science of science. It is far from reach, but recently scientists in the United States have done a research that can be said that they have come very close to bringing a dead organism alive. Let us tell you about this unique research.

Many types of work can be taken

Researchers from Rice University in the United States have released a report of their experiment in the journal Advance Science. It showed how his team made dead spiders’ bodies by infusing their legs with air so that they were able to stretch their legs and lift things up. All in all, it was a situation to bring him alive. This invention could be used for a variety of tasks, such as capturing insects or even holding microelectronics together.

According to Science Alert, the researchers have described this discovery as “necrobotics”. “The spider is the perfect architecture for small-scale, naturally occurring grippers after they die,” Rice University engineering professor Daniel Preston explained in a press release. The team also explained how spiders use hydraulics to move their limbs, unlike humans and other mammals that use muscles. A chamber near their head contracts to send blood to the organs, forcing them to dilate their limbs. This causes his feet to shrink.

Researchers found a way to manipulate hydraulic systems. He inserted a needle into the prosoma chamber of the spider and made a seal around the tip of the needle with the help of super glue. Then, he passed a little air through the syringe. This activated the legs of the spider. They were able to get up to speed in less than a second. This test showed that dead spiders can lift more than 130% of their body weight with this technique. The team noted that smaller spiders tend to carry loads heavier than their size, while larger spiders, in contrast, can carry loads smaller than their own body weight.