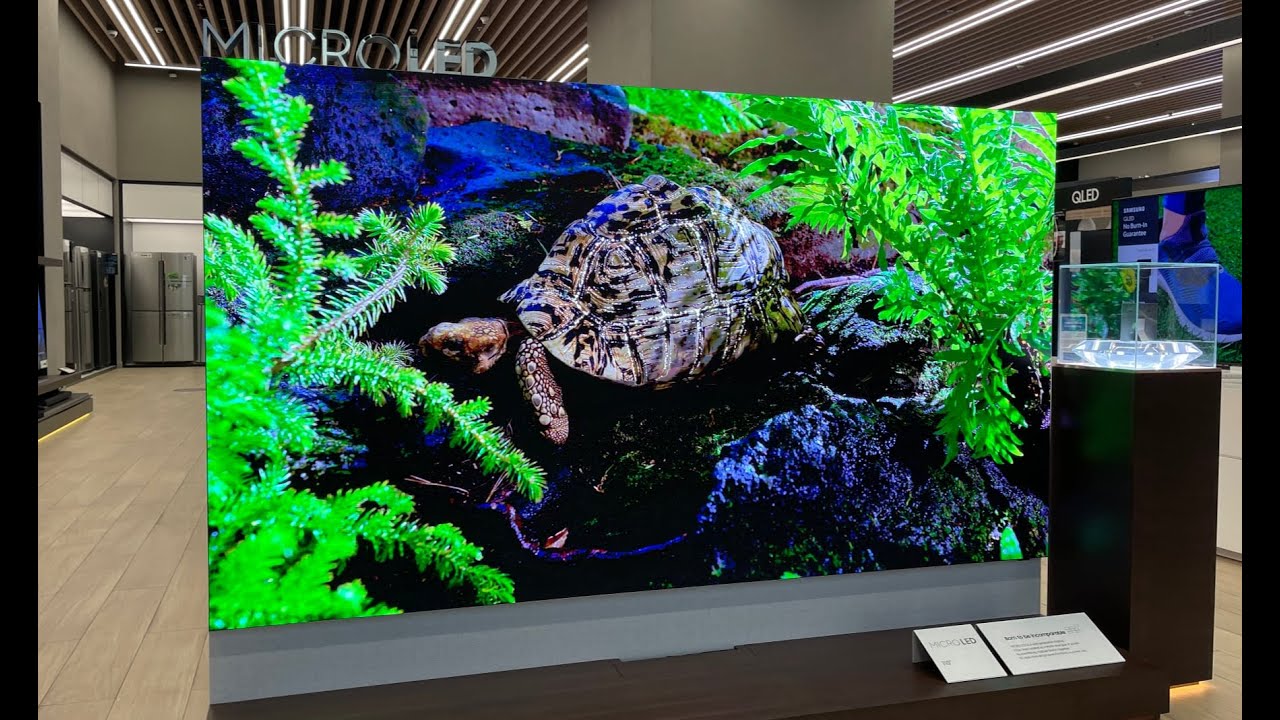 According to the South Korean edition of TheElec, Samsung has begun production of 89-inch MicroLED TVs. This is the first Samsung MicroLED TV to use LTPS TFT glass substrate.

However, Samsung’s 101-inch and 114-inch MicroLED TVs with LTPS TFT substrate are not yet in production. Samsung originally planned to start production of the 89-inch and 101-inch models in May, but due to supply chain issues and high scrap rates, the production date was delayed.

The final price of the 89-inch model has not yet been announced. TheElec noted that before production began, Samsung quoted a price of around $80,000, much lower than previous models of MicroLED TVs, but still very expensive for TVs.

In addition, all three sizes use 34 x 85 micron LED chips supplied by Taiwanese company PlayNitride. These are the smallest LED chips Samsung has ever used.