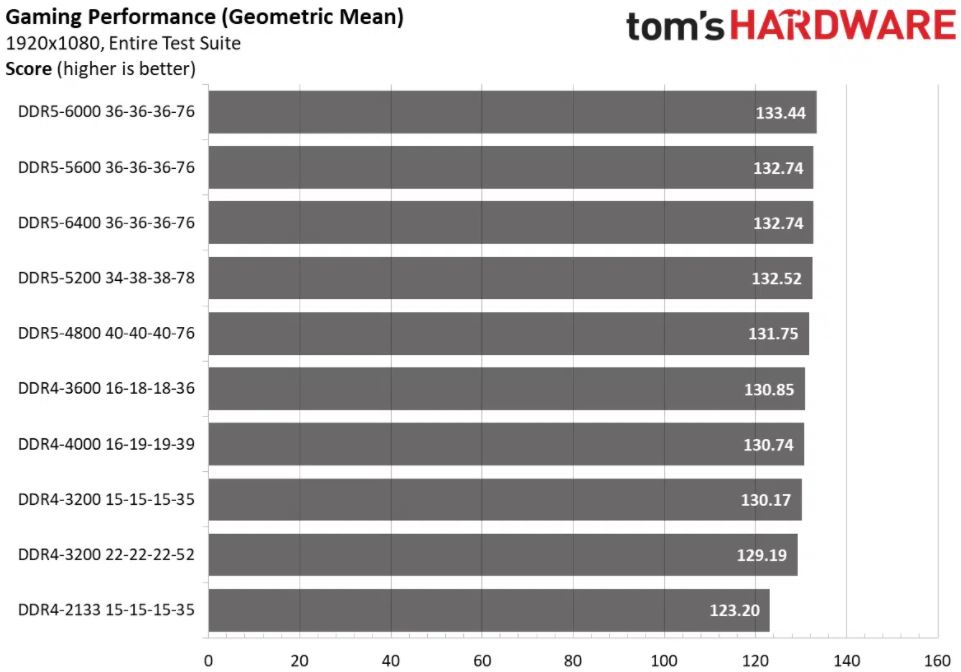 The chip crisis also affected the DDR5 memory market: it was in short supply almost immediately after the release of Intel Alder Lake processors – the first consumer CPUs to support DDR5. The shortage naturally spurred prices, so the already expensive DDR5 went up in price even more. However, as it turned out, there is no point in overpaying for DDR5, since its performance (at least in games) is at the DDR4 level.

As you can see in the graph, large-scale testing of a large number of DDR5 and DDR4 memory kits has shown that the difference between top-end DDR5-6000 memory and regular DDR4-3200 is about 3 fps or 2.5%. And even the difference with DDR4-2133 can hardly be called critical, although the drop in the frame rate is already more noticeable here.

This information is useful for those looking to build an Alder Lake CPU based PC for gaming, but are concerned about the high cost of DDR5. As tests show, much more affordable DDR4 copes with its direct tasks just as well, and costs much less. Yes, in some specific tasks DDR5 turns out to be faster, and the difference with DDR4 can be expressed by a double-digit number, but for normal use as part of an office and gaming PC, DDR4 is a more optimal choice. At least until DDR5 prices stabilize.