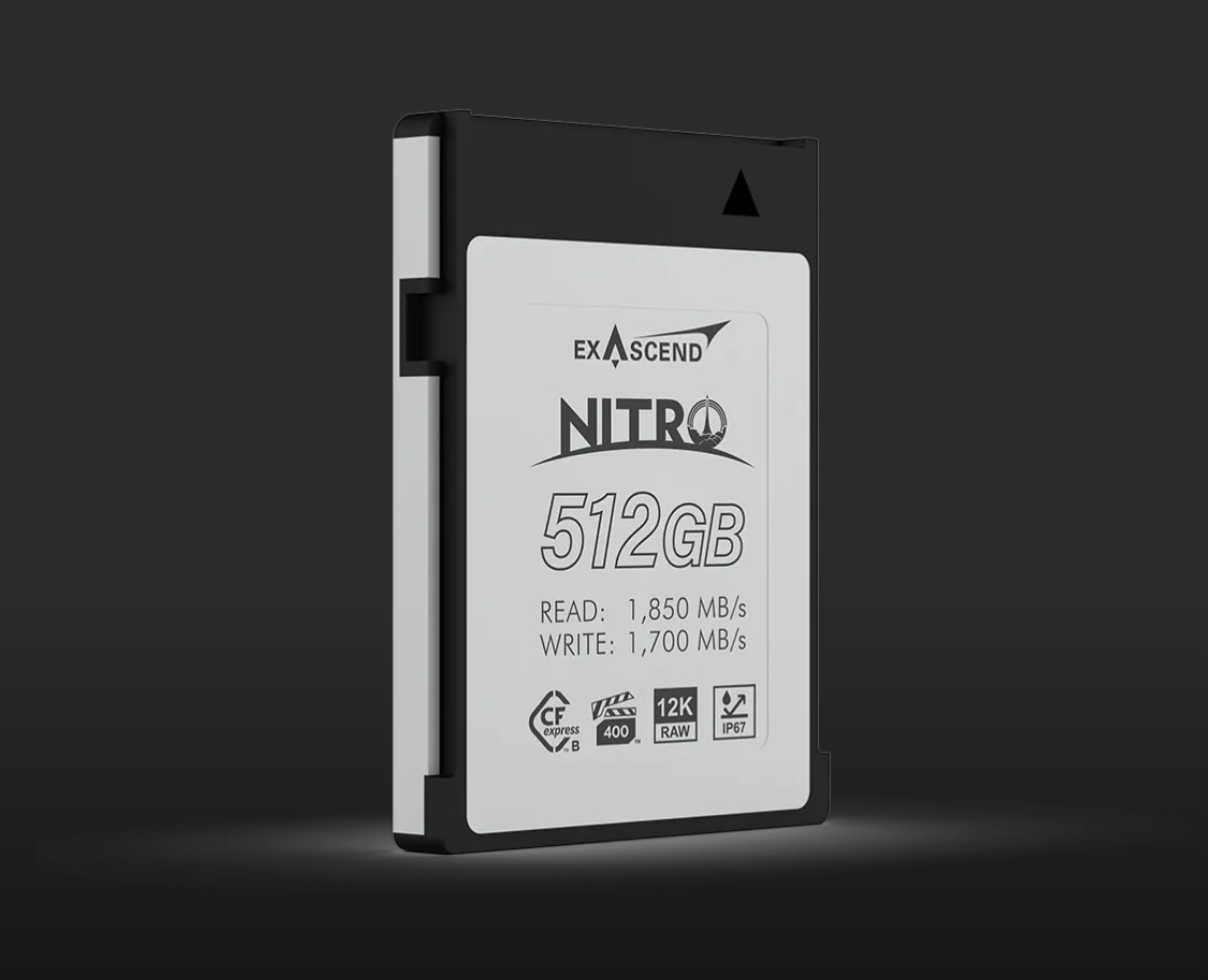 Exascend has announced sales of a 512 GB Nitro CFexpress Type B memory card. According to the source, the novelty may be the first VPG400-certified card to hit the market.

Western Digital Company announced its plans to release the world’s first VPG400 CFexpress Type B card back in May 2021. However, it does not appear that these plans have materialized.

The VPG400 certification is a guarantee that the video recording speed will be at least 400 MB / s without frame loss. According to Exascend, the card offers read speeds of up to 1850MB/s and write speeds of up to 1700MB/s. Note that so far no, even the most modern cameras, can output data at such a speed, limited to about 850 MB / s. In other words, the card has a margin for the future.

To prevent the card from overheating during prolonged recording, the designers provided for cooling the 3D TLC flash memory using graphene heatsinks. The degree of protection of the card is IP67.

Simultaneously, Exascend announced a CFexpress memory card reader capable of speeds up to 20Gbps, enough to transfer the entire contents of a 512GB Nitro CFexpress Type B card to a computer in less than five minutes.

Pricing is yet to be announced, but the memory card and device are expected to be available in May.