Even a tank can be burned with these Russian flamethrowers. 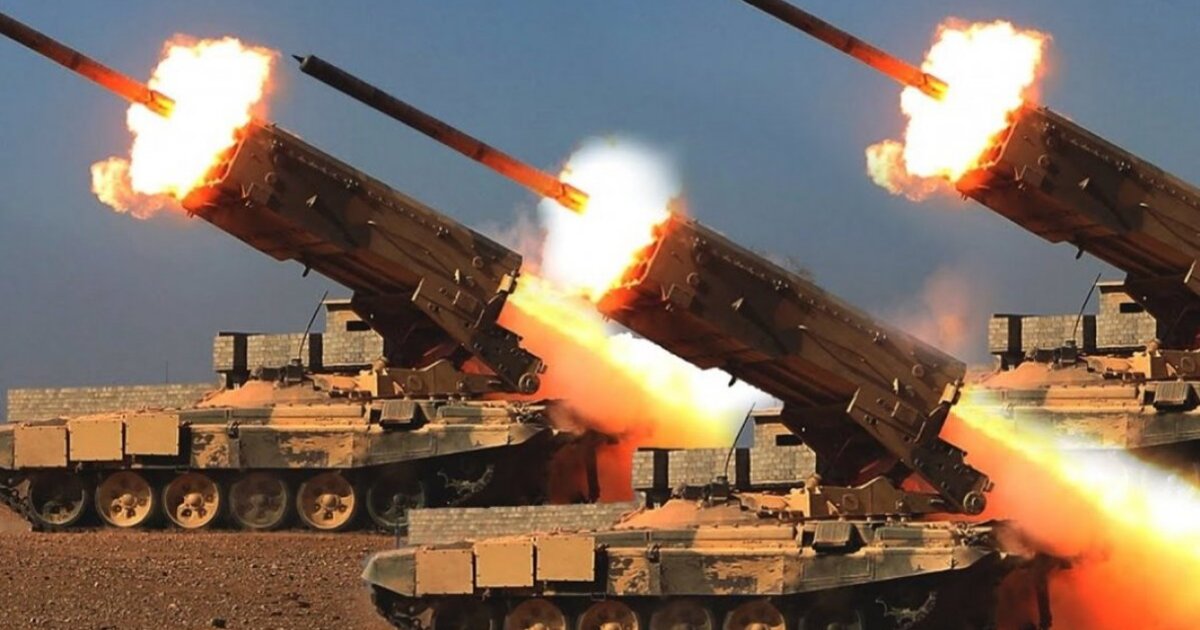 Russian chemical troops are not only guys with dosimeters in rubber special suits, but also weapons and systems with monstrous destructive power.

Flamethrower … the first word that comes to mind when you read idiotic comments under articles or see clips of contemporary Russian music performers.

The weapon is really terrible, just not very practical – a jet of a damaging mixture flies not far, you need to carry a heavy knapsack with cylinders, which with giblets will give out a flamethrower even from a long distance and tell the enemy who to shoot at first.

In the trenches of the First World War, there was even panic, when the enemy used a flamethrower – in both worlds and without a flamethrower there were enough horrors, and then there was also the prospect of being burned alive or getting severe burns for life in the best scenario.

Despite the technological possibilities of creating such funds already in the 19th century, they appeared on the eve of the First World War.

Why was it suddenly put into circulation? The fact is that before the infantry itself walked under the bullets and buckshot, but now it has settled in trenches and wooden-earthen firing points (bunkers), so the assault infantry had to expand the basic package of tools.

But we repeat, the weapon is imperfect, even on armored vehicles and watercraft, where more powerful equipment can be placed, the typical shortcomings remained:

• Very short effective distance… Several tens of meters, and according to the results no further than 200.

Even during the Second World War, the Soviet Union partly solved the problem by developing an ampoule thrower – a small mortar that launched a 1-liter tin round can up to 500 meters. When it hit, it burst and set fire to everything it could – whether a bunker or a tank. In addition, they were dropped from Il-2 aircraft and the Fritzes were burned with a kind of analogue of “napalm” long before the Americans did the same with the Vietnamese.

But due to the general unreliability in the second half of the war, such weapons were abandoned, and the idea of ​​long-range flamethrowers went under the shelter for several decades.

In addition to the delivery method, the principle of operation of the warhead itself has changed: from now on, ammunition of this kind began to be called thermobaric. This is how the first RPO (jet infantry flamethrower) was born. “Lynx”, on the base RPG-16(RPG variation for airborne troops, removed from service for today).

Unlike a more or less understandable condensed explosive, in which oxidation in a limited area creates an explosion front, and it comes from one source, the thermobaric flame front is accelerated to a large volume, that is, a pressure front is created both in a mixture of fuel and oxidizer, and in the environment.

To put it simply, the same ~~ cotton ~~ explosion from a gas leak in apartments can be attributed here, and we see in the news how an explosion in one apartment destroys an entire floor, sometimes an entire staircase collapses. Approximately according to the same principle, methane and coal dust explosion occurs in mines; in the old days, frequent explosions of flour mills took place in a similar way.

For example, if you shoot a full tank of liquid fuel with a tracer ammunition, it will start to leak. If the tank is half empty, a powerful explosion will occur due to the fact that the empty space will be filled with vapors of this fuel, even the slightest spark is enough to create an air-combustible mixture.

Now do you understand why such weapons began to be used against people? Either a pressure wave and subsequent vacuum, or a vacuum that ruptures the lungs, kills. If the fuel burns, but does not explode, the injured will be severely burned and will probably also inhale the burning fuel – the “health benefits” are also obvious.

Later, the heavy Lynx was changed to a lighter and already disposable RPO Bumblebee, which to this day is in service with the chemical troops (RCBZ). In terms of its power, 93-mm ammunition creates a destructive effect equivalent to the explosion of a 122 mm projectile to a howitzer (type D-30). Upgrade to Shmel-Mled to the fact that in terms of power it now corresponds even to NATO 155 mm howitzer shells. And it’s just in the hands of an infantryman!

At the same time, it does not matter at all what the living force is covered with – if the shelter is not hermetically sealed, the outcome is a foregone conclusion. Therefore, jet infantry flamethrowers are also effective in firing at armored vehicles. The sighting range in Bumblebee-M has been increased to 800 meters, and the shot range itself to 1700 meters. Well, where are the jet flamethrowers, which, even pushing hard, barely reach 70 meters, while consuming flammable liquid along the way?

But the gloomy genius of the Soviet defense industry did not rest on this. If we were able to tweak RPGs for flamethrower missions … what if we tried the same thing with a multiple launch rocket system? Probably, they somehow thought so in the Omsk design bureau, so in the late 70s they created a heavy flamethrower system TOS-1. And they called her Pinocchio – I xs why, long ago I lost the logic of such names.

If 93 mm ammunition was equivalent to 122 mm artillery shell, then what a 220 mm thermobaric (TB) projectile is capable of?

Initially, the machine was created for the new requirements for the fire control system (FCS) – laser rangefinders, electronic ballistic computer. Due to these pribluds, with an accuracy of 10 meters, the elevation angle of the “package” of guides is calculated and corrections are made for the roll – that is, the launcher does not need to be leveled, and the missiles can be launched almost immediately after stopping.

In the late nineties, Pinocchio was modernized to TOS Solntsepyok– the guides were reduced to 24 and the missile range was increased to 6 km.

But in comparison with conventional MLRS, whose range in the Smerch complexes reached 90 km, and in Tornado-C up to 120 km, TOSs can no longer boast of a range, so they have turned mainly into weapons of local wars – for a war with conditional NATO countries of range 6 km is not enough.

Perhaps after this problem in February of this year, the System was announced TOS-2 Tosochka… The number of guides was again changed towards a decrease, but this is just not a drawback – the missiles are likely to receive a solid upgrade, both in the “brains” and in the flight range. This is also indicated by the fact that NPO Splav, which are already engaged in the MLRS of the Tornado series, will be engaged in the modernization.

The wheelbase matches the fashion – the new system is not so dependent on the railway transfer, and the almost complete absence of armor is a new reason to radically increase the distance, but for now the capabilities of the system are still a secret.

The rest of the world envies us

This system really has no analogues in the world, and we are not talking about it just for fun. The Americans took up their heads only during the wars in Iraq and Afghanistan, and even then they did not create their own weapons, but developed TB (thermobaric) ammunition for the Mk 153 multi-purpose assault grenade launchers. …

In addition to the United States, the Indians (they now regularly have border conflicts with the Chinese, so such weapons are very useful), the Spaniards (who do not have a serious military-industrial complex, but we will not judge prematurely) show interest in weapons with TB warheads.

In light of the tensions in recent years, TOSs are one of the most annoying types of weapons for NATO members, so they are constantly trying to smuggle it through international organizations as inhuman (although what kind of weapon is humane? Pneumatics? – and they sometimes kill it). The thermobaric effect does not leave the victims of the explosion any chance of salvation, and the death from it, although relatively quick, is very painful.

Therefore, do not be surprised if, sooner or later, such systems are banned at the international level, although NATO has a huge range of thermobaric bombs, but this, of course, is kept quiet.