“Even 420 km from the Earth’s surface, the ISS is affected by our planet’s atmosphere, gradually reducing its orbit.” The International Space Station had to be “raised” once again 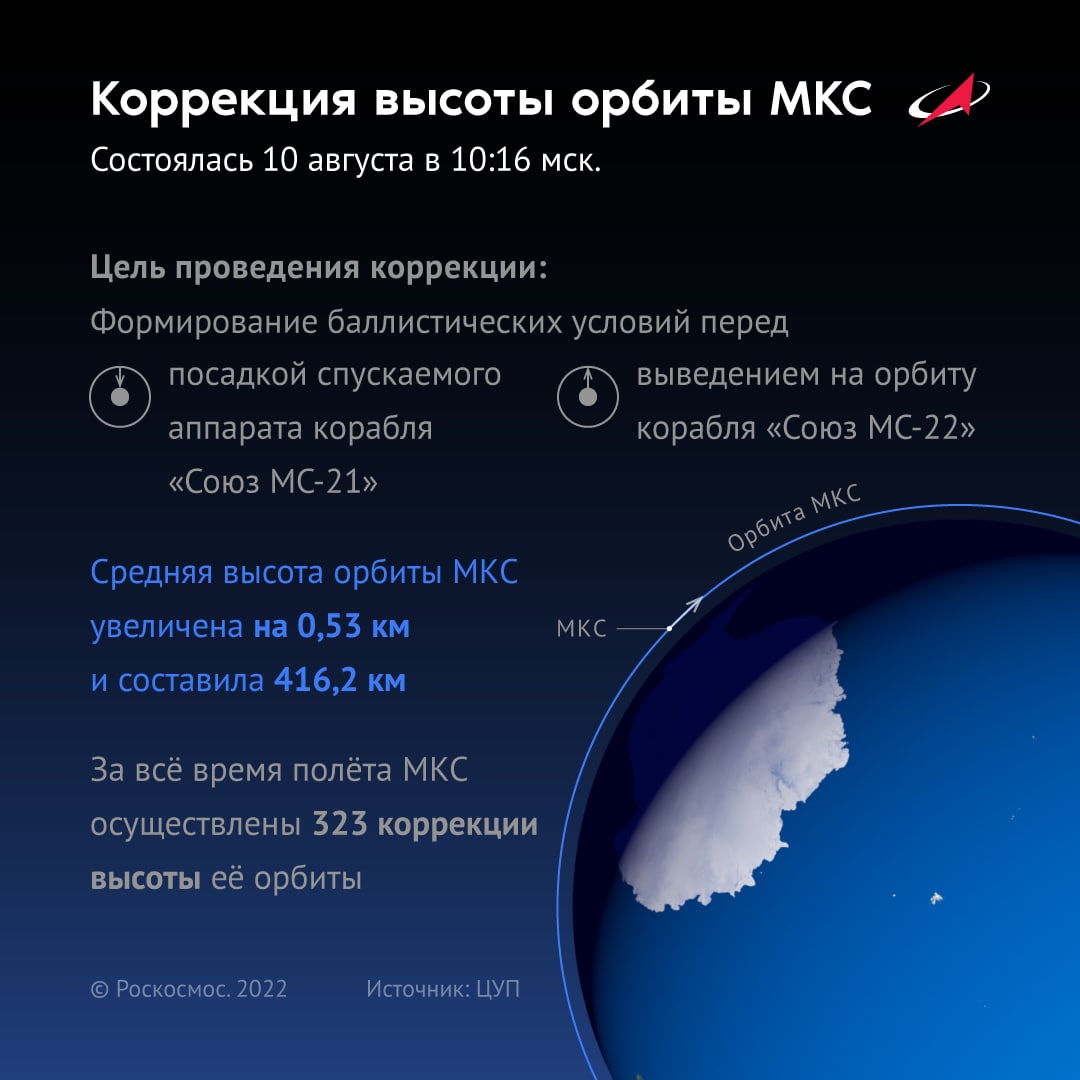 Roscosmos today carried out a correction of the orbit of the International Space Station – it was raised by half a kilometer. This had to be done in order to form ballistic conditions for the launch of the Soyuz MS-22 transport spacecraft.

“Even at 420 km from the Earth’s surface, the ISS is affected by the atmosphere of our planet, gradually reducing its orbit. In order to maintain the station at a given height, specialists perform correction maneuvers“, – said the state corporation.

The maneuver was carried out using the engines of the Progress MS-20 cargo ship docked to the Zvezda module. They were turned on 30 minutes ahead of schedule, at 10:16 Moscow time, and worked for 164.6 seconds. After the maneuver, the average height of the ISS orbit was 416.2 km above the Earth’s surface – it increased by 530 meters.

The launch of the Soyuz-2.1a carrier rocket with the Soyuz MS-22 manned spacecraft is scheduled for September 21 from the Baikonur cosmodrome. Roscosmos cosmonauts Sergey Prokopiev and Dmitry Petelin, as well as NASA astronaut Francisco Rubio will go to the ISS on it.