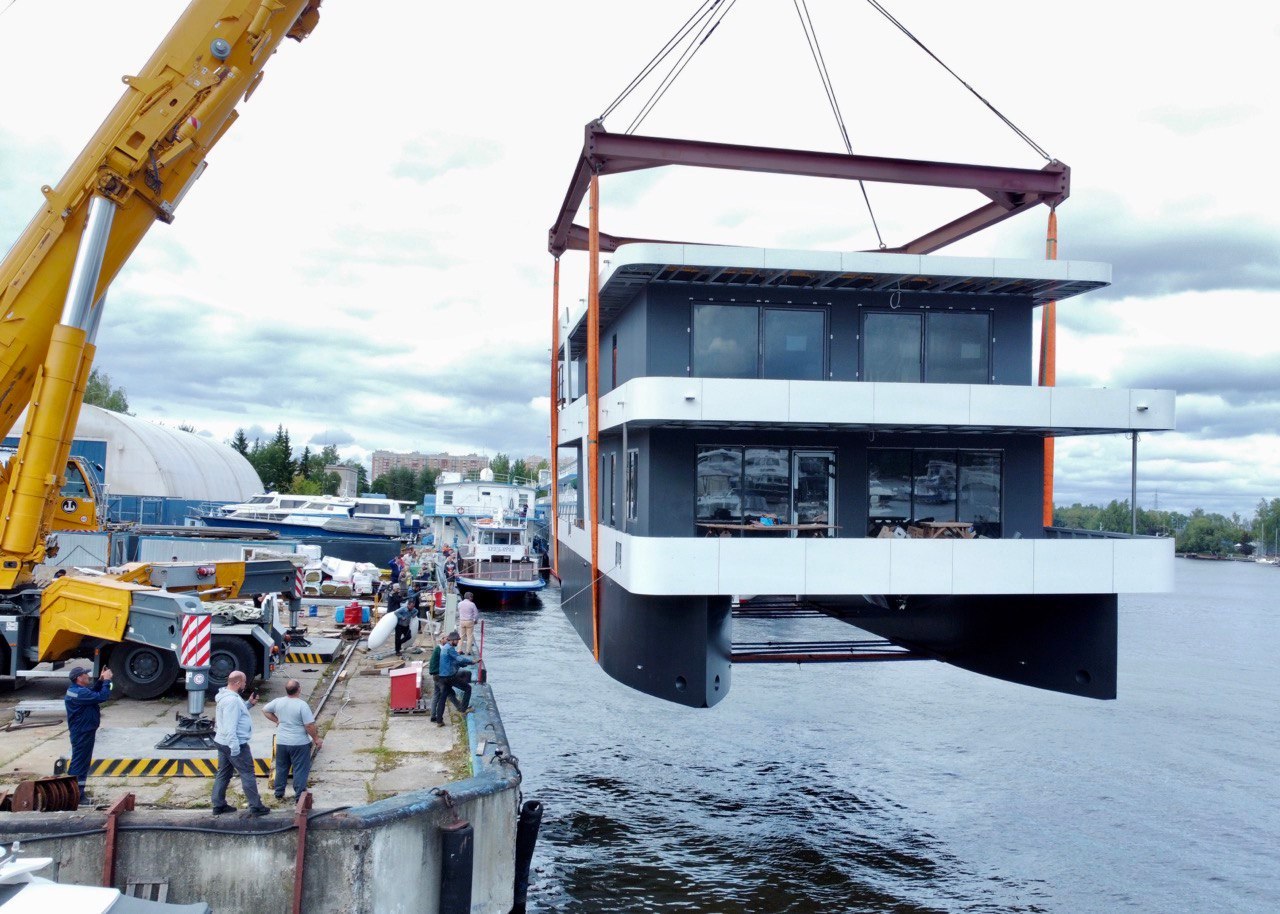 Houseboat.ru, a floating home builder, has built and launched the largest houseboat in Europe.

Preparatory work for the launch, which took place in September this year at the Moscow Yacht Port in the Moscow region, took about two months. During the descent, one 1200-ton crane lowered the house into the water, and two other 100-ton cranes additionally serviced the crane.

Like all houseboats produced by Houseboat.ru, the sea house on the water is designed for wintering in ice up to 1 m thick and for comfortable year-round living, and in icebreaker mode it can move in ice more than 100 mm thick.

Within a month of completion, this houseboat will be equipped with the most equipment of any houseboat we have ever built: autopilot, radar, two control stations, four thrusters, as well as smart home, forced-air ventilation, heated water floors and many other “pluses” that make this houseboat extremely convenient for living and traveling.

Houseboat.ru was established in 2016 in partnership with Danish entrepreneurs. Assembly is carried out in Russia in the Moscow region. Today, 80% of houses consist of domestic components. Vessels do not require lifting from the water for the winter period and freeze into ice without problems.