Europe is melting! Understand the heat wave in Britain, France, Spain from the satellite map 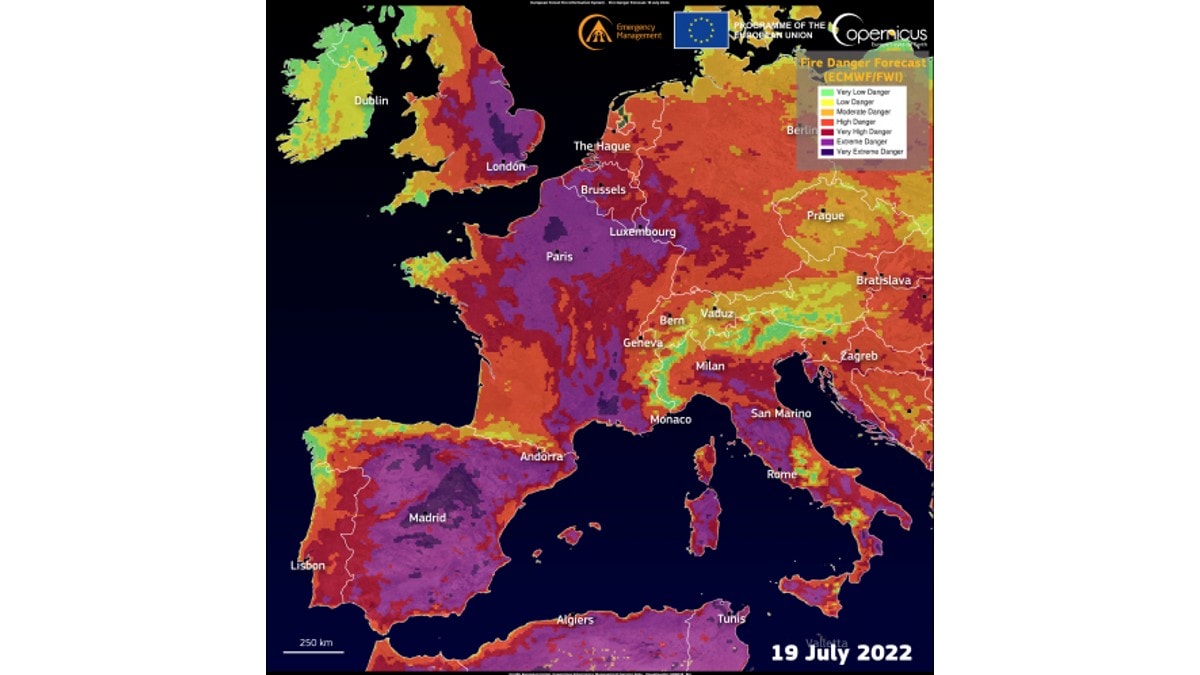 Europe is melting! I can’t believe hearing it once, but the situation is similar there. Europe is witnessing scorching heat. Forest fires and record temperatures have thrown all European countries into the ‘furnace’. Roads are deserted, markets are silent, railway tracks have spread due to heat. There are reports of bitumen melting at the airport. This satellite map explaining the situation in Europe shows that in the midst of record-breaking heat, many European countries have forest fire alerts and the situation is ‘extreme danger’. Not only this, due to the lack of rain in winter and spring, Europe is also heading towards a severe drought.

of space.com according Scientists know that Europe is warming faster than the rest of the world because of climate change. In a country like Britain, where the summer is not very hot and the sky is cloudy, the temperature on Tuesday reached 40 degrees Celsius for the first time in history.

At around 1 p.m. local time, Britain’s national weather forecaster Meteorological Department said that the highest temperature ever recorded in the country was recorded. Temperatures reached 40.2 °C near London’s Heathrow Airport. Britain is one of the European countries with the highest alert for wildfire on Tuesday. Italy, France and Spain are also in bad shape.

According to the European Environment Monitoring Program ‘Copernicus’, fire incidents have been reported in more than 150 square miles in the last ten days across France, Spain and Portugal. Data from the Earth Observation Satellite showed that the ground temperature in Britain exceeded 50 degrees Celsius on 18 July.

The satellite map shows the hot spots in many major cities of the country. The reason for this has also been told to the buildings there, which are helpful in increasing the heat. In Europe, this situation is going to continue for several days. All the countries of Europe seem helpless in front of this ‘trouble’.