Entry of trucks will be closed in Delhi from October, these vehicles will remain out of ban 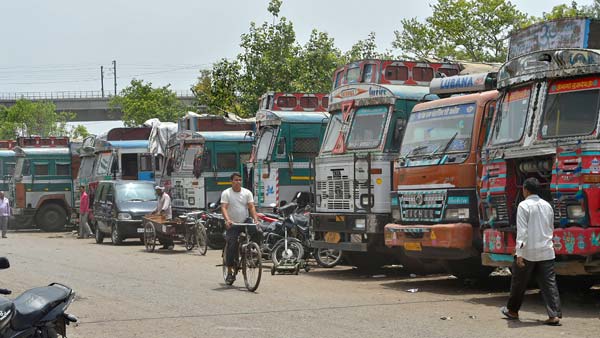 According to reports, around 70,000-80,000 trucks enter Delhi every day. The vehicles that will be allowed in the city include CNG and battery-operated electric vehicles. Apart from this, all trucks carrying essential goods like vegetables, fruits, grains, eggs, ice, milk and other food items are exempted from the ban. Tankers carrying petroleum products are also out of the ban.

The air quality in the national capital Delhi reaches dangerously low levels every year during winters. Particulate matter 2.5 (PM 2.5) also exceeds the most dangerous level due to stubble burning in the neighboring states of Delhi, Haryana and Punjab. Difficulty in breathing due to air pollution and many lung diseases are increasing rapidly in Delhi.

According to the data of the Central Pollution Control Board (CPCB), the air quality index (AQI) in Delhi was recorded at 131, which was in the moderate category, at 8 am today. For air quality, CPCB issues the Air Quality Index which is prepared by measuring the level of particulate matter and many other types of gases and pollution in the air.

Along with banning old vehicles, people in the city are being motivated to drive electric vehicles. The Delhi government had implemented the Electric Vehicle Policy in the territory in August 2020. Under this policy, a maximum subsidy of Rs 30,000 is being given on the purchase of electric two-wheelers, autorickshaws, e-rickshaws, and goods trains in Delhi, while a subsidy of up to Rs 1.5 lakh can be availed on the purchase of an electric car. Is. Apart from this, electric vehicles have been completely exempted from registration fee.

Delhi has the highest number of electric vehicles as compared to other states. More than 1.43 lakh electric vehicles were registered here in May. To curb pollution, the Delhi government launched the Electric Vehicle Policy on 7 August 2019. Under this, a subsidy of up to Rs 40,000 is being given on the purchase of an electric two-wheeler and up to Rs 1.5 lakh on the purchase of an electric car. In January 2022, the Delhi Transport Department had canceled the registration of diesel vehicles older than 1 lakh.