Enthusiast created the talking head of the T-800 terminator, which can recognize objects 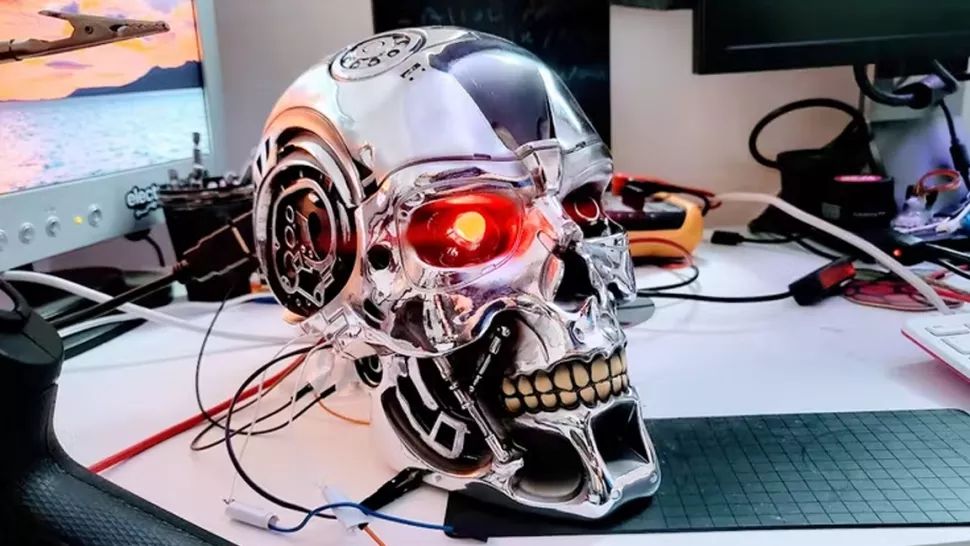 Enthusiast Michael Darby has created a new project based on the popular Raspberry Pi 4 single board computer and many accessories. He recreated the head of the T-800 terminator, adding a speech synthesizer, an object recognition system, and other features.

The project itself used an older version of Raspberry Pi 4 with 8 GB of RAM, an Adafruit Braincraft HAT module, a camera, LEDs and other elements. The T-800 skull itself was bought by the author in an online store.

To communicate with the terminator, a microphone is provided, the system “understands” the remarks addressed to it. The project itself is still at an early stage, but in the future the author plans to improve his creation by introducing new features.

Judging by the published video, the novelty is able to recognize objects and speak. At the same time, all initial data, including firmware for a single-board computer, a list of components and other data are available on GitHub.