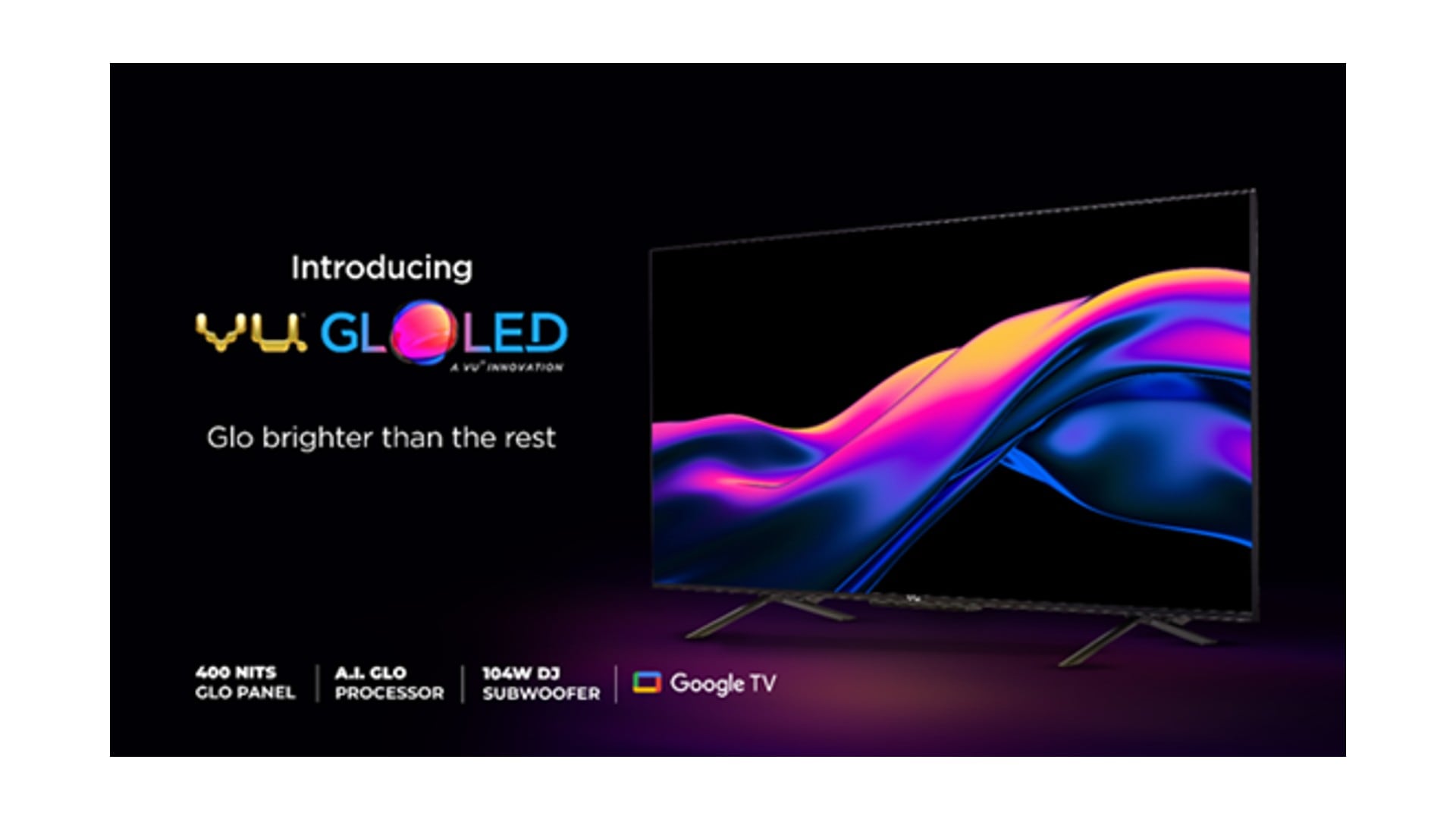 Brands are constantly exploring themselves in the television category. These also include Vu. The company had launched ‘Vu Masterpiece Glo QLED TV’ some time back. Now the company has brought budget friendly ‘Vu GloLED’ TV. These TVs were launched on Tuesday. Coming to the features of Glow Panel, Glow AI processor and Google TV OS, these smart TVs start at Rs 33,999. The company claims that its Glow Panel increases the brightness of the TV by up to 60 percent and also reduces power consumption, but even more interesting is the sound found in these TVs. These TVs come with an inbuilt DJ subwoofer and offer a sound output of 104W, which means users will get a home theater sound experience.

Vu GloLED TV has been launched in 50inch, 55inch and 65inch sizes. Their sale has started on retail outlets including Flipkart. As we told you the starting price is Rs 33,999. These are the prices for the 50 inch model. The 55-inch model costs Rs 38,999 and the 65-inch model costs Rs 57,999. The company has said that it will also launch a 43-inch model. For this one will have to wait till around Diwali.

These TVs come in three screen sizes. The company has said that the Vu GloLED TVs have 94% NTSC color gamut, which is much higher than the normal 4K LED TVs. The major highlight of Vu GloLED TVs is the inbuilt DJ subwoofer, which is fitted in the sleek frame of the TV. Its soundbar gives a sound output of 104W.

These TVs are packed with remote-supporting microphones, which makes voice search easy. The ambient light sensor given in the TV adjusts the settings according to the lighting conditions of the house. Features like Advanced Cricket Mode and Cinema Mode have also been provided in the TV.

The company has said that the ‘Vu Masterpiece Glo TV’ that it launched in March 2022 has been delivered to more than 9,000 customers. It costs around Rs 1 lakh per unit and is the best selling QLED TV online.