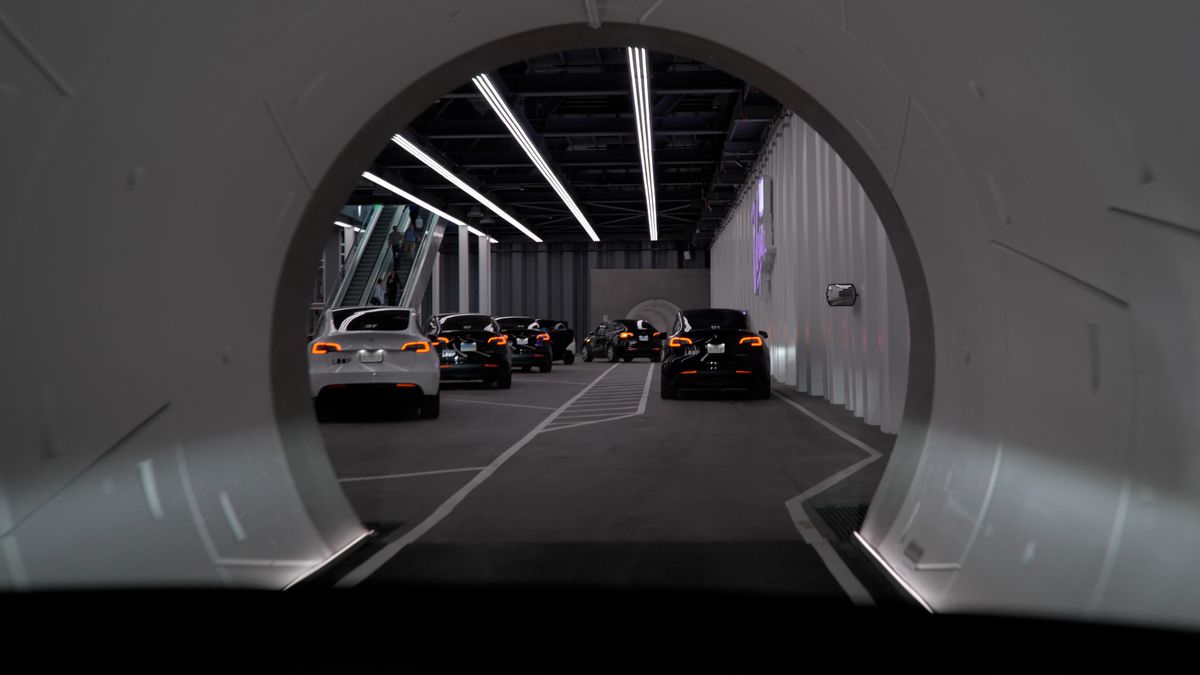 At CES 2022 this week in Las Vegas, Elon Musk and his company, The Boring Company, unveiled yet another underground tunnel in the Vegas Loop network.

This tunnel connects the two parts of Las Vegas and is 2.7 kilometers long. This is just part of the underground tunnel network that Elon Musk’s company will build in the next few years.

As you can see from the videos, traffic in each direction is single-lane, while the width of the tunnel is very small. The Boring Company has shown other tunnels of this network before, but this demonstration has gone down in history: a video has been circulated on social networks showing the traffic jam in the tunnel.

Yes, the tunnel, which was designed to solve the problem of congestion on the surface, also formed a congestion of cars that were moving at a slow speed.

Users not only criticize this point, but also express concerns about what could happen in such an enclosed space if one of the cars catches fire.