Elon Musk is having an affair with the wife of the co-founder of Google! Know full news 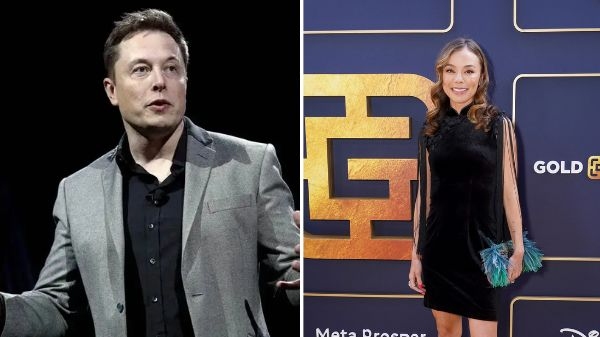 Elon Musk has once again been in controversies as has always been the case. This time the case is different which no one would have imagined. Yes, a report has claimed that Elon Musk is having an affair with Nicole Shanahan, wife of Google co-founder Sergey Brin. Because of this, it is believed that her longtime friendship with Google co-founder Sergey Brin has come to an end.

Also in this report it has also been said that Brin’s affair with wife Nicole Shanahan has also affected his professional relationship. Brin has reportedly ordered his financial advisors to sell their investments in Musk’s companies; However, there is no vague information about it. Earlier this year, the former Google executive and his wife filed for divorce on the grounds of “irreconcilable differences,” according to court filings.

Although Elon Musk And the information about Nicole Shanahan’s affair is unclear. But according to the Wall Street Journal report, the two had contact at the Art Basel event in Miami in early December 2021.

According to the report of the Wall Street Journal, tell that Tesla CEO Elon Musk and Google co-founder Sergey Brin who were good friends for a long time. Musk had been visiting Brin’s Silicon Valley home for the past several years. During this time, Elon Musk grew closer to his wife Nicole Shanahan. However, Musk has called this news baseless on Twitter.

The report also highlights that the two became friends in 2008 when Brin provided Tesla with $500,000 in aid as the company struggled to ramp up production during the global financial crisis. Whereas in 2015, Musk gifted Brin one of Tesla’s first all-electric sport-utility vehicles.

What did Elon Musk say in this matter?

Elon Musk while speaking on this news has said that it is just nonsense. In a tweet, he said, “Sergey and I are friends and were at a party together last night. I have only seen Nicole twice in three years, both times with several other people. Nothing romantic.”

Have been in such controversies before

This is not the first time that Musk has been the headline of such news. Even before this, it has been discussed many times. In the same year, a report came out in which it was told that Musk is the father of twins, and whose mother is none other than a female employee working in his company’s artificial intelligence startup Neuralink. Musk has done many marriages and a total of 10 children are being told.