Elon Musk comments on the situation with Twitter memes, in his own style: “Now they have to reveal information about bots in court” 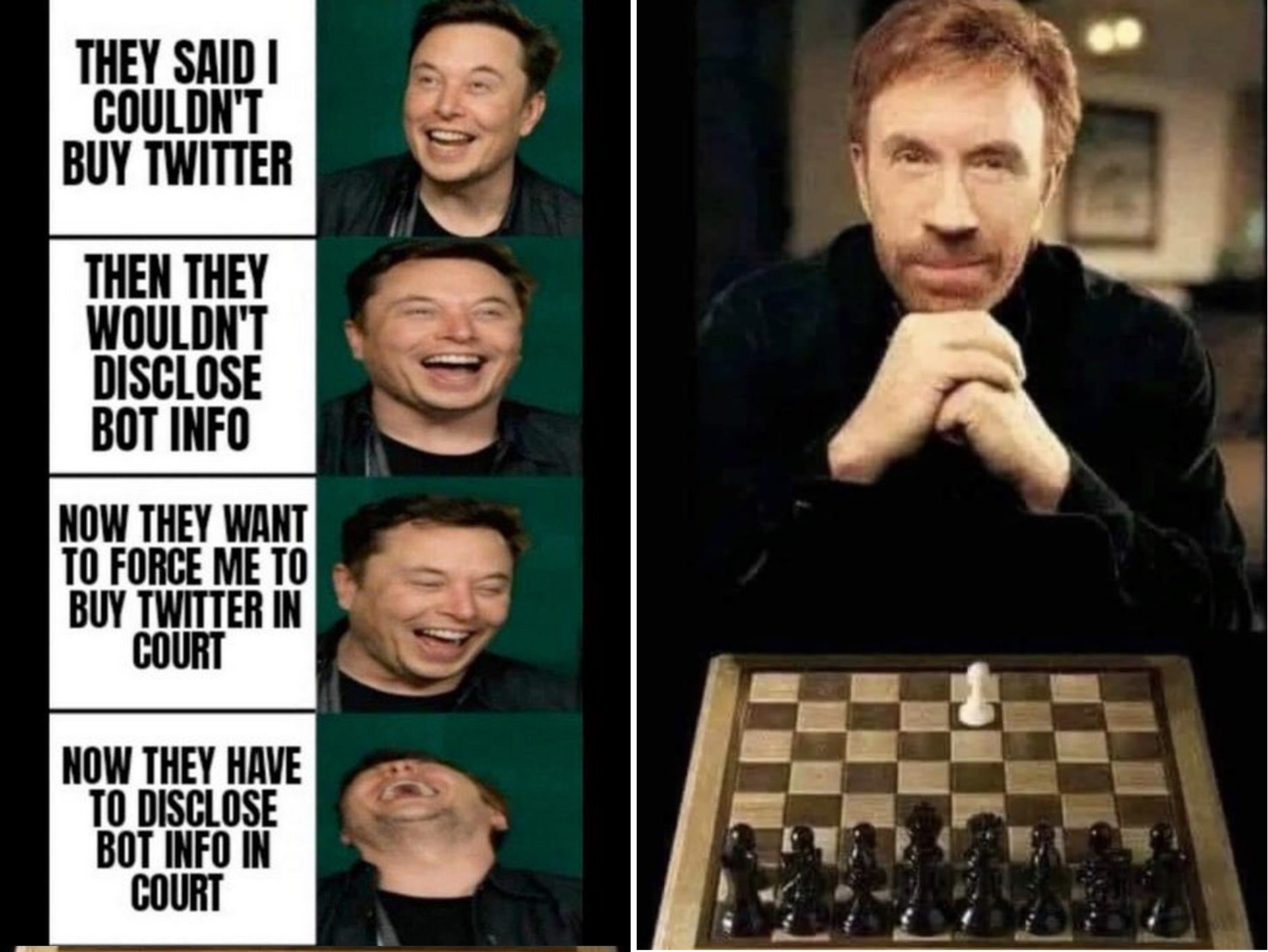 Elon Musk ridicules Twitter’s intention to file a lawsuit against him after he announced that he decided to refuse to buy the social network.

Musk posted a picture of himself laughing with various comments:

The CEO of Tesla and SpaceX also posted a photo of Chuck Norris looking at a chessboard full of black pieces with one white pawn. Musk captioned the tweet: “Chuckmate.”

On Sunday, Twitter hired a team of lawyers from New York-based Wachtell, Lipton, Rosen & Katz LLP to intention to file a lawsuit against Elon Musk.

On Friday, Musk filed paperwork with the SEC, giving notice of the cancellation of its $44 billion offer to buy Twitter. In the documents, Musk accused Twitter of misrepresenting the number of spambots on its platform.