Electric vehicles will soon run on Noida-Agra and Delhi-Jaipur Expressway, this is the plan 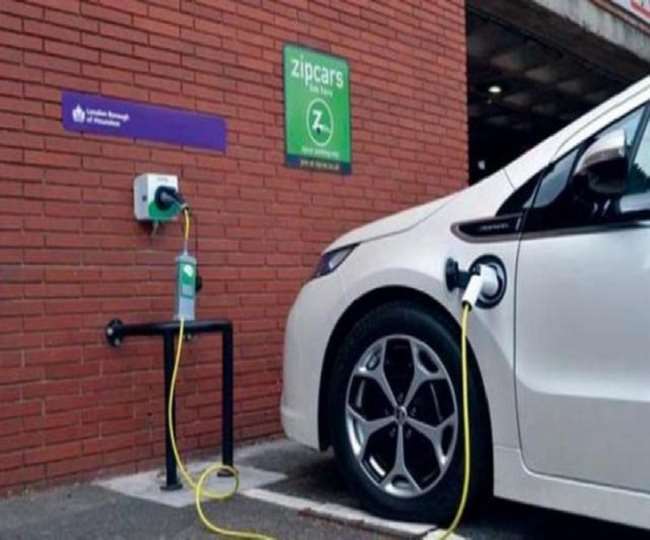 New Delhi Auto Desk. Now very soon electric vehicles will be seen on the expressway too. In an effort to discuss the need for battery standardization and operationalization of a prototype for ground realities, members of the National Highways (NHEV) Working Group for EVs on Sunday met NITI Aayog Advisor (Infrastructure, Connectivity – Transport and Electric Mobility) Sudhendu J. Sinha met.

The meeting discussed the need for battery standardization and operationalization of a prototype for ground reality. All 30 NHEV charging stations on Jaipur-Delhi and Noida-Agra e-highway are going to have 20 two wheeler and 20 three wheeler EV swapping units, which are open for use with mobile app subscription. With this, tourists can use these two wheelers to travel in cities from highways to roam the streets of Mathura, Vrindavan, Agra, Jaipur. These bikes will have to be returned back to the same place by the tourists while returning.

Abhijit Sinha, Project Director, National Highways for Electric Vehicles, said, “This is our second prototype station for the Delhi-Jaipur e-Highway built in a record 30-day time frame. 2 more stations of similar size and scale will be set up in Noida within 60 days. Days for Delhi-Agra e-highway which will culminate in prototype modeling of e-hub. 30 more e-highway charging stations will be constructed within a record time of 90 days from the date of allotment to PSUs/private entities.

These charging stations are commercially and technically competing with petrol pumps now with a capacity of charging 1000 cars at this station and 576 cars at 52 stations with 72 per cent utilization and 36 months break even. These simple prototypes have proved that the stations of e-highway NHEV will be world class and will create a strong commercial roadmap of e-mobility on Indian highways.