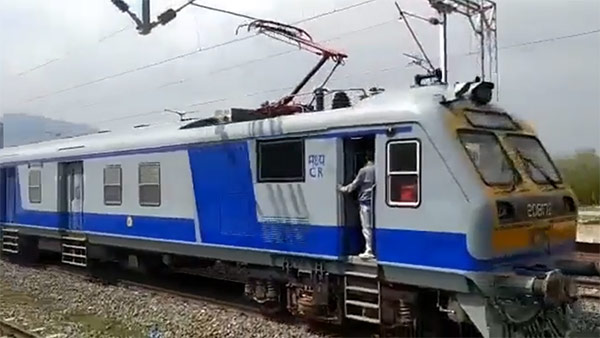 The length of this electric railway track has been kept at 136 km and the trial of this electric train is a big step towards electrification of railways in the valley. According to officials, a total of 1,271 electric poles will be installed between Budgam and Baramulla stations in the first phase.

In this matter some reports state that overhead electrification, for which some work was started in June 2019, has a stipulated period of two years till June 2021. According to the information, this electric train will be made available for service soon.

Ashwini Vaishnaw tweeted, “Successful trial of electric train between Budgam-Baramulla section in J&K. Mission Electrification.” Tenders were floated for the project three years ago, but the full-fledged work started only last year.

“The total route length for electrification is 137.73 km with three main substations at Qazigund, Budgam and Baramulla, from where power will be supplied to the overhead equipment of the rail line. In the Banihal-Baramulla section, he said, an official said. There will be ten power switching stations.

The official said that “the overhead equipment of the rail line will be supplied with 25 KV power supply. In addition the transmission sub-station will be fed by 132 KV supply from various power grids in J&K.

The Supervisory Control and Data Acquisition System (SCADA) will be based at Budgam station “for monitoring the traction power distribution”, the official said. According to officials, the railways had approached the Jammu and Kashmir administration and the central government for power supply for the electrification of the rail link.

The official said that “Electrification will be more economical and 40 per cent less as compared to running railways on diesel. Electric poles will be erected after every 400-420 meters and it will be more environment friendly than railways running on fuel. “