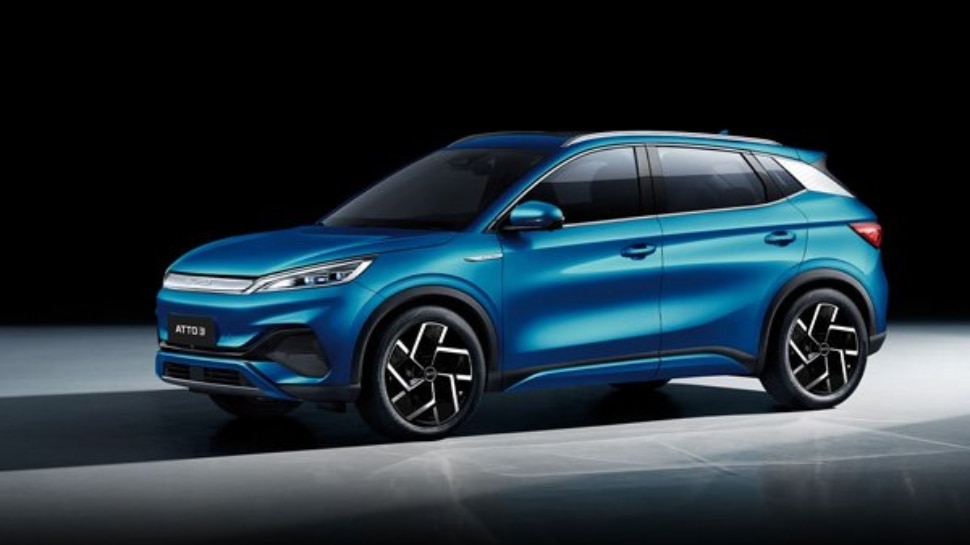 New electric SUV launch: Tata Nexon continues to be the best selling vehicle in the country. Mahindra has also launched its new first electric SUV XUV400. Now another electric car is coming to explode in the market.

BYD Atto 3 electric SUV: The competition in the electric vehicle segment is getting tougher. At present, Tata Nexon remains the best selling vehicle in the country. Mahindra has also launched its new first electric SUV XUV400. Now another electric car is coming to explode in the market. BYD (Build Your Dreams) is going to launch the electric SUV BYD Atto 3 in India. According to the report of Autocar India, the launch of this SUV will be on October 11. This new electric SUV will compete with the MG ZS EV, Hyundai Kona.

The BYD Atto 3 electric SUV will be brought to India via the SKD (semi-knocked down) route. The vehicle is already being sold in other markets like Singapore, New Zealand and Australia. It is being said that the E platform of this vehicle has been designed to compete with high-end electric cars like Tesla. This vehicle is also going to be big in size. Its length is 4,455mm, width is 1,875mm and wheelbase is 2,720mm.

Range and Price in Full Charge
This BYD electric SUV has a large battery pack of 60.48kWh. It gives a range of up to 420km (WLTP cycle) on a full charge. Internationally, this SUV gives peak power of 201bhp and peak torque of 310Nm. It can accelerate from 0 to 100 km/h in just 7.3 seconds.

It is also quite stylish in terms of design. It has full-width LED light bars at the front and rear. Sporty bumpers have also been given at both the ends. From the inside, the BYD Atto 3 electric SUV looks special and unique. It is expected that the price of the model will be around Rs 25 lakh.