Electric scooters of these 5 companies are being sold the most, know how much sales happened in October 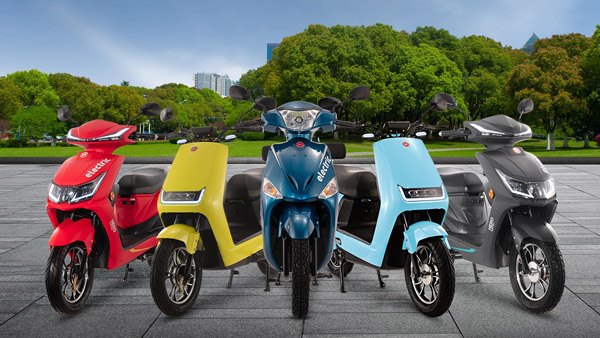 Ola Electric and Okinawa Autotech were the biggest contributors to the growth in sales of electric two-wheelers last month. So let’s know about the top 5 electric two wheeler companies in India based on the sales in October.

Ola Electric topped the list of electric two-wheeler companies selling the largest number of electric vehicles in India during the festive season. Ola’s plant is located in Tamil Nadu. The EV maker claims to have sold 20,000 units of its S1 and S1 Pro electric scooters. According to the company, this is a record since the model was launched in August 2021. However, according to the vehicle portal, Ola has sold only 15,065 units.

Rajasthan-based EV maker Okinawa Autotech also set a record for its highest sales in a month in October. The company announced that it has sold 17,531 units last month. Commenting on the increase in sales, Jitendra Sharma, MD & Founder, Okinawa Autotech, said, “Customer sentiment has improved after the pandemic and they will try to build on this sales momentum in the coming months.”

Hero Electric, which is at the forefront of electric two-wheeler, is at number four in this list. The company reported a marginal increase in October sales as compared to the September figures last month. Hero Electric sold 8,348 units in October, marginally higher than 8,018 units sold in the previous month.

Ather Energy reported a double jump in its sales in October as compared to the same month last year. With the deliveries of 8213 units of electric scooter 450X and other electric vehicles, Ather has registered a year-on-year growth of 122%. Of these, Ather delivered 250 units of the Ather 450X in a single day in Bengaluru on Diwali.