Electric Scooter Fire: Now the electric scooter will have to pass special testing, the government panel has advised certification 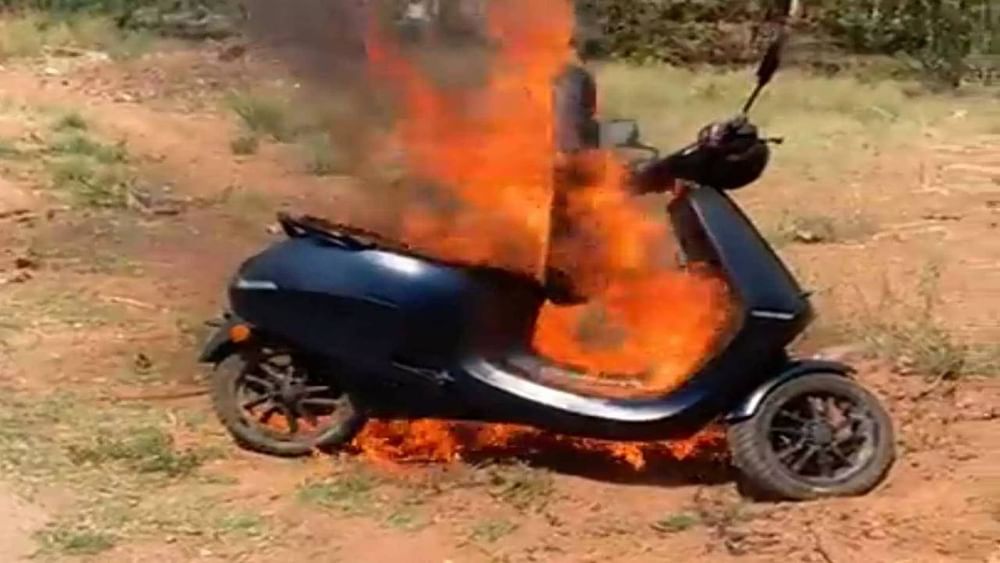 Electric Scooter EV Fire: A government panel was formed after the reports of electric scooter set on fire. Now the report of that panel has come out. The report has recommended that now companies will have to get their e-scooters done special testing.
Electric Scooter EV Fire: Recently, there have been reports of fire in many electric two wheelers from different parts of India. After this, a panel of the government has advised that a process will have to be followed regarding the battery and if the safety guidelines prepared on its basis are correct, then it will also be used in two wheelers. Let us inform that the names of two wheeler manufacturers in India include Ola Electric , Okinawa, Komaki, Ather Energy and Bouncy.

In fact, recently, a committee was constituted by the Central Government after the incidents of fire in electric vehicles came to light, in which a committee was formed with the help of experts from Naval Science and Technology Laboratory of Indian Institute of Technology. Experts from the Indian Institute of Science, Bangalore were also involved in this.

Trying to prepare an SOP

In an official statement, senior government officials have said that the committee will give a quality suggestion regarding the battery. Along with this, a standard will be prepared regarding testing, key components and formula, on which companies will have to meet. After this those batteries can be used in EVs.

Some companies told the reason for the fire

Recently, an incident of fire in Tata Nexon EV came to light in Maharashtra. This was the first fire incident in a four wheeler car . Nexon EV is the best selling car in India. According to the information, about 30 thousand Nexon EVs are present on Indian roads. Let us tell you that Tata is at the top position in terms of EV car selling, due to which one reason is also in the affordable price segment.