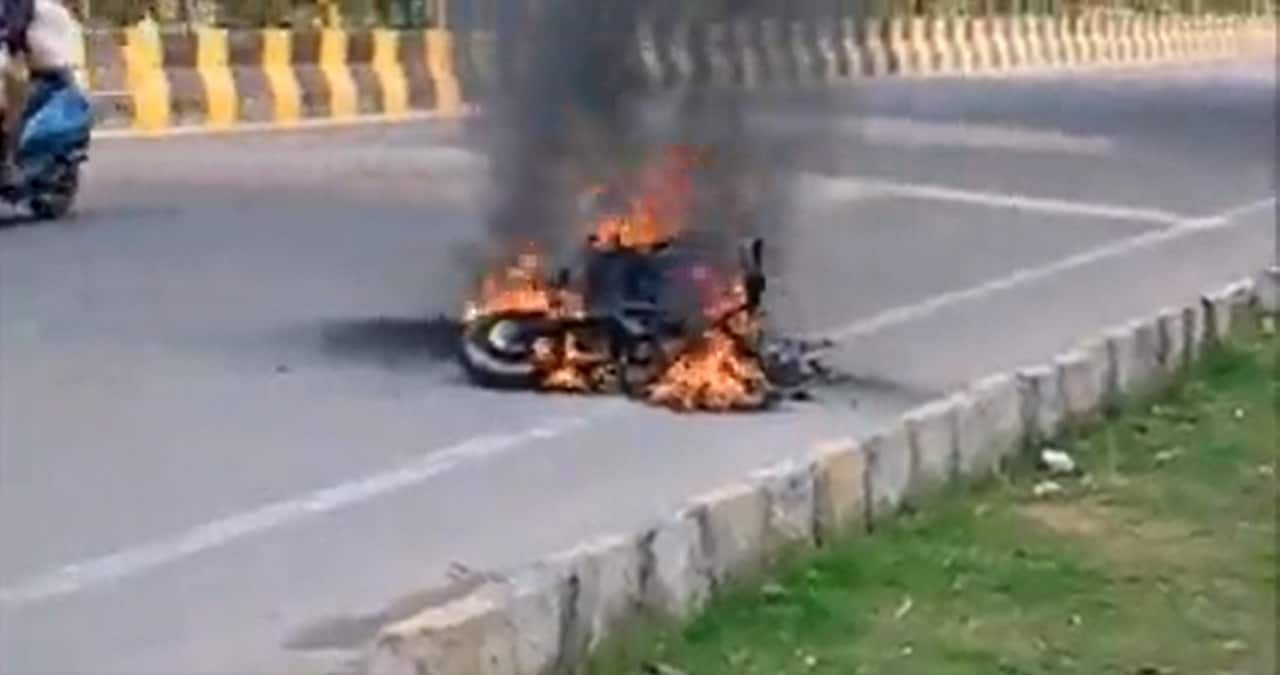 Incidents of fire in e-scooters are continuously coming to the fore for some time now. Recently, one such incident has come to light, in which the rider had to jump from his vehicle and he was seriously injured due to the fire in the e-scooter. The delivery partner of online grocery shopping platform Big Basket had to abandon his ride due to speed as the e-scooter suddenly caught fire. The incident took place in front of Civitech Stadium near Sector 78 of Noida and by the time the fire marshal reached the spot, the scooter was on fire. Police is probing the cause of the fire. It is not known which make and model of EV rider was operating.

Where India is promoting the adoption of electric vehicles at the passenger and commercial level. But such incidents can create a negative impression. Government sources told CNBC-TV18 that a few weeks ago, the Ministry of Road Transport and Highways has punished electric vehicle makers after investigating several two-wheeler fires in recent days.

The fine has been imposed after a high-level investigation into several incidents of fires in electric vehicles in the past one year. Notably, EV-makers Ola, Okinawa, Pure EV and Boom EV have recalled their electric two-wheelers. The investigation also means that India has changed its EV testing standards. The new standards on battery cell, battery management system (BMS), onboard charger, battery pack design and thermal propagation due to internal cell short-circuit came into force on 1 October.

However, globally, the number of fires in EVs is less in comparison to their internal combustion engine (ICE) etc. The risk of fire in EVs comes from the chemicals present in the battery unit. These chemicals and other components can cause EVs to heat up faster, making them more dangerous.