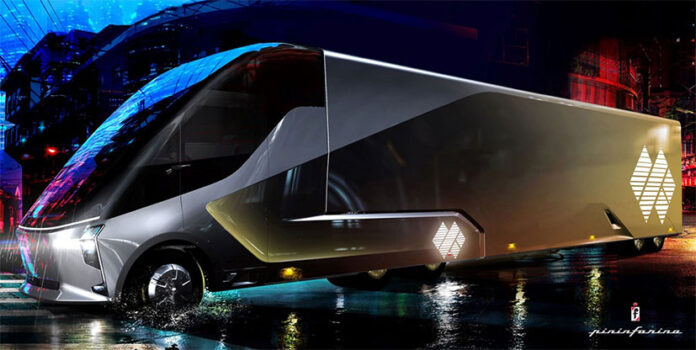 The Chinese giant Baidu, represented by its subsidiary DeepWay, introduced the Xingtu electric truck, which was designed by the legendary Pininfarina coachbuilder.

The design in this case is futuristic, but it is quite possible to say that it echoes the Tesla Semi. At the same time, the inside of the car is no less interesting than the outside. You can see huge displays below and above, as well as displays in the racks that replace the rear-view mirrors.

So far this is just a concept. The company did not say anything about plans to launch such a machine, but there are many technical details, even if they do not make much sense.

DeepWay talks about 11 cameras, an infrared detector, radars and lidars, which ultimately allows the machine to detect objects at a distance of up to 1 km. Of course, the autopilot is declared.

The drag coefficient here is 0.35. Due to this, with a battery with a capacity of 450 kWh, which is not much for a mainline tractor, the cruising range should be 300 km. True, this is just very little for a tractor. But it should take only one hour to fully charge, and you can replace the battery in six minutes.