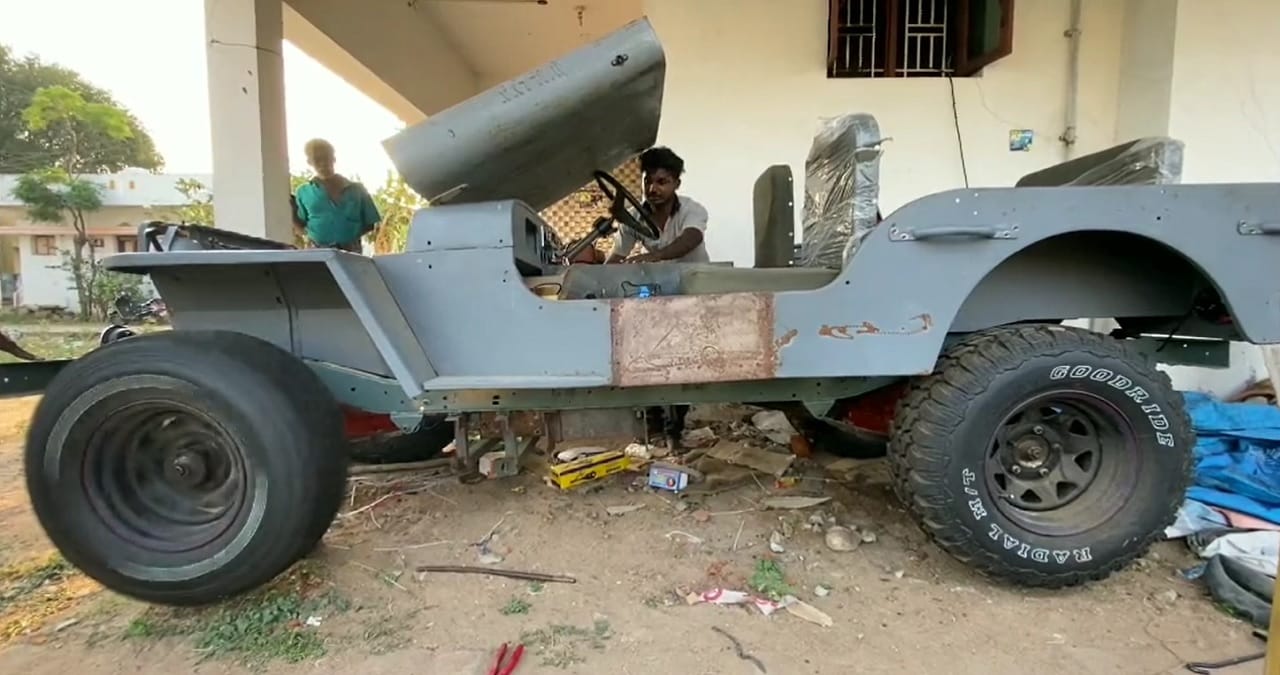 There is no dearth of jugaads and jugaaders in India. You must have often seen on social media those who install CNG in bikes, install solar panels on the roof and many types of technology are being used in vehicles. Something will happen is seen in a video going viral on Twitter. According to the video, a person has made an electric jeep by fixing a junk jeep.

A resident of Keezhari village in Tamil Nadu, A. Gautam shared a picture of his electric jeep on Twitter. Video has shared. In which it was written while giving the caption that please offer me a job sir.

A. Gautam has shown that there is no dearth of talent in India by converting a junk jeep into an electric jeep. In every corner, people are showing something new and working with focus on new energy. At present, a lot of emphasis is being laid on the use of electric vehicles in the country and the world. Yes, from existing automobile companies to new startups, they are manufacturing electric vehicles. At the same time, such a video viral from any corner of India shows how serious the citizens of the country are about electric vehicles.

Anand Mahindra was very impressed with the innovation of that young man and tweeted that I am sure that India will be at the forefront of EVs. I believe America advanced itself in autos through people’s passion for cars and technology, and garage ‘tinkering’. Gautam and his ‘tribe’ can move forward. R Velusamy, Chief of Automotive Product Development, Mahindra & Mahindra to get in touch with Gautam.

This is why I’m convinced India will be a leader in EVs. I believe America gained dominance in autos because of people’s passion for cars & technology & their innovation through garage ‘tinkering.’ May Gowtham & his ‘tribe’ flourish. @Velu_Mahindra please do reach out to him. https://t.co/xkFg3SX509

The 45-second video posted by Gautam on Twitter has garnered over 3 lakh views. The video has been liked by over 3,000 people and retweeted over 300. At the same time, users are praising Gautam while commenting on the video.