Electric cycle is getting subsidy of Rs 5,500 in Delhi, first 10,000 e-cycles will get benefit 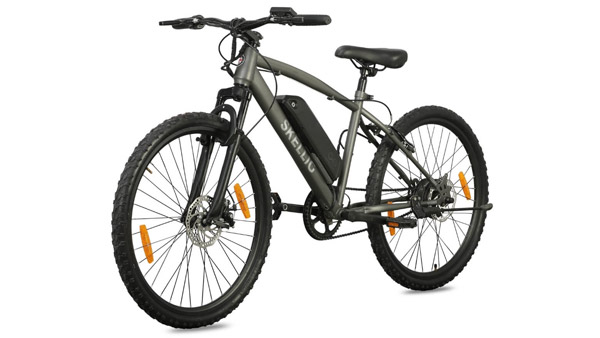 At the same time, individual and corporate customers of e-cart can avail subsidy up to Rs.30,000. This policy has been openly welcomed by Aditya Munjal, CEO, Hero Lectro. He says that this initiative of the Delhi government will increase the demand for personal and commercial electric cycles. He said that such a policy would motivate the manufacturers to increase production, as well as boost employment.

The inclusion of e-cycles in EV subsidy will encourage delivery and logistics companies to use electric cycles instead of petrol bikes. Passenger or cargo e-cycles can be driven up to 40-45 km on a full charge, while their top speed is up to 25 km per hour.

New cab aggregator policy has been announced in January 2022 to curb pollution and promote clean energy powered vehicles in Delhi. Under this, it will be mandatory for fleet companies in Delhi to include electric vehicles in their fleet. According to a Delhi government notification, all cab aggregator companies will have to include 50 per cent of their two-wheeler fleet and 25 per cent of their four-wheeler fleet by electric vehicles by March 2023.

The Delhi Transport Department canceled the registration of over 1 lakh old vehicles last year to check pollution. The registration of diesel vehicles older than 10 years and petrol vehicles older than 15 years is being canceled in the state. Presently NOC is not being given in Delhi to diesel vehicles which are more than 10 years old and petrol vehicles which are more than 15 years old but the government is giving NOC to them for plying in other states where such vehicles are not banned.