Electric Car: This electric car will keep running without charging! 19000 people booked even before launch 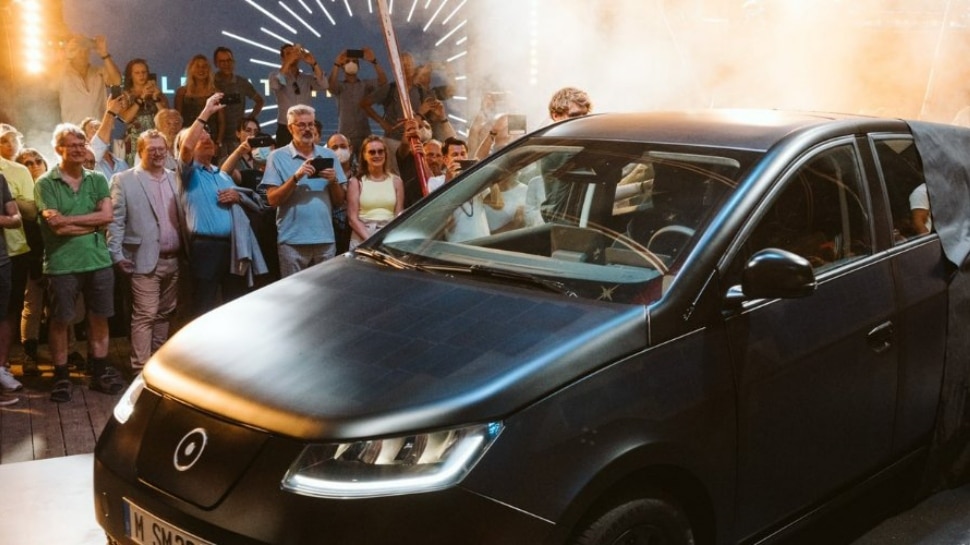 Electric Car Price: The most important thing is that a total of 456 solar half cells have been installed in the body panel of The Sion. Standard 54 kWh LFP battery (up from previous 35 kWh) providing a range of 305 km (190 mi),

Sono Motors The Sion Electric: You must be wondering which electric car has arrived that can run without charging and is also electric. So today we are going to give you complete information about it here. The USP of this car is that it can be driven without charging electricity and that too for a full 112 km, so it is fun. Although this car has not been launched yet, but people have started booking it after knowing its features. So far more than 19000 people have booked this car for themselves. This car has been prepared by Sono Motors. The name of this car is The Sion. How would it look like? So its confusion has gone away because the company has unveiled its production design. It is an affordable solar electric vehicle that has been in prototype form since 2016.

Now let’s talk about its interior. The interiors have been updated as compared to the prototype, though the changes are not that easy to spot. Sono Motors claims that there is more space for the passengers, new seats and more storage. We can also see the redesigned steering wheel and central console, while the dual-screen setup and dashboard remain with moss-like accents.

The most important thing is that a total of 456 solar half cells have been installed in the body panel of The Sion. The standard 54 kWh LFP battery (up from the previous 35 kWh) is providing a range of 305 km (190 mi), but the energy generated from the Sun will allow an average of about 112–245 km (70–152 mi) more range per week. Sono Motors suggests that drivers in German metropolitan areas will charge their The Sion four times less than a conventional EV in the same segment with the same battery capacity.

The battery supports a 75 kW DC or 11 kW AC charger, while its charging technology allows The Sion to power electronic devices, homes or other EVs with an output of up to 11 kW. The company hasn’t revealed any changes to the power compartment, so we guess the specs have been carried over from the previous prototype. Its motor produces 161 hp (120 kW/163 PS) and 199 lb-ft (270 N m of torque). ) will generate torque.

The Sion aims to make 257,000 vehicles in 7 years. It will be produced in Finland. The company has already received more than 19,000 bookings for its solar EV. The Sion is targeting a price tag of $25,476 (roughly Rs. 20,17,571), which could be one of the lowest total cost of ownership in the midsize segment. Keep in mind that earlier the price target was $16,000, but this figure was raised to $25,000 last year and has remained stable despite inflation.