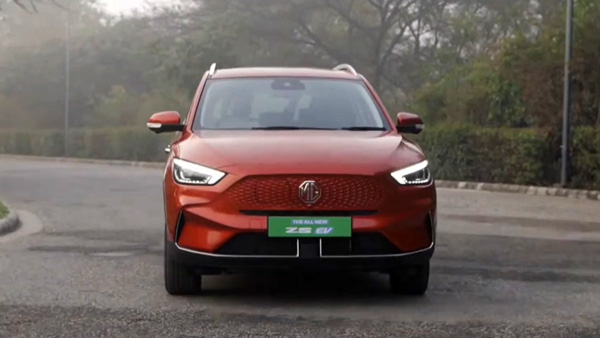 Tata Nexon EV has sold 2264 units in the month of February, registering an increase of 421% as compared to 434 units in February 2021. The Nexon EV compact electric SUV has sold 13,500 units since its launch. The company has been selling Nexon EV in the Indian market for two years. In April last year, the company had announced to cross 4,000 unit sales in India, which means the company has sold over 9,000 Nexon EV cars in about 10 months.

This is followed by MG Motor’s ZS EV in sales of electric cars with 38 units sold in February and a decline of 70% as compared to 127 units in February 2021. After this 12 units of Mahindra eVerito, 10 units of BYD E6, 7 units of Audi Etran and Hyundai Kona EV, 6 units of Jaguar I-Pace, 6 units of Mercedes EQC and Porsche Taycan have been sold.

In this segment, 2352 units have been sold in the month of February, which is a growth of 296 percent as compared to 593 units in February 2021. In fact, this segment is getting a great response but it is very less compared to ICE engine cars, at present, while the share of electric cars in the European market has increased tremendously, it has not been able to reach there in India yet. Is.

MG Motor India recently launched the all-electric 2022 MG ZS EV facelift with updated exterior design, improved range and additional features in the Indian market. Although the British automaker has closed its order book for the 2022 MG ZS EV, as per the latest information, the car has already been sold for the year 2022.

The company has launched the new 2022 MG ZS EV with a bigger 50.3 kwH battery, which gives the car a range of up to 461 km on a single charge. Along with this, the electric motor in it provides maximum power of 176 PS. This electric car achieves a speed of 0 to 100 kmph in just 8 seconds.