Electric and hydrogen cars can be sports cars too. Hyundai showed RN22e and N Vision 74 concepts 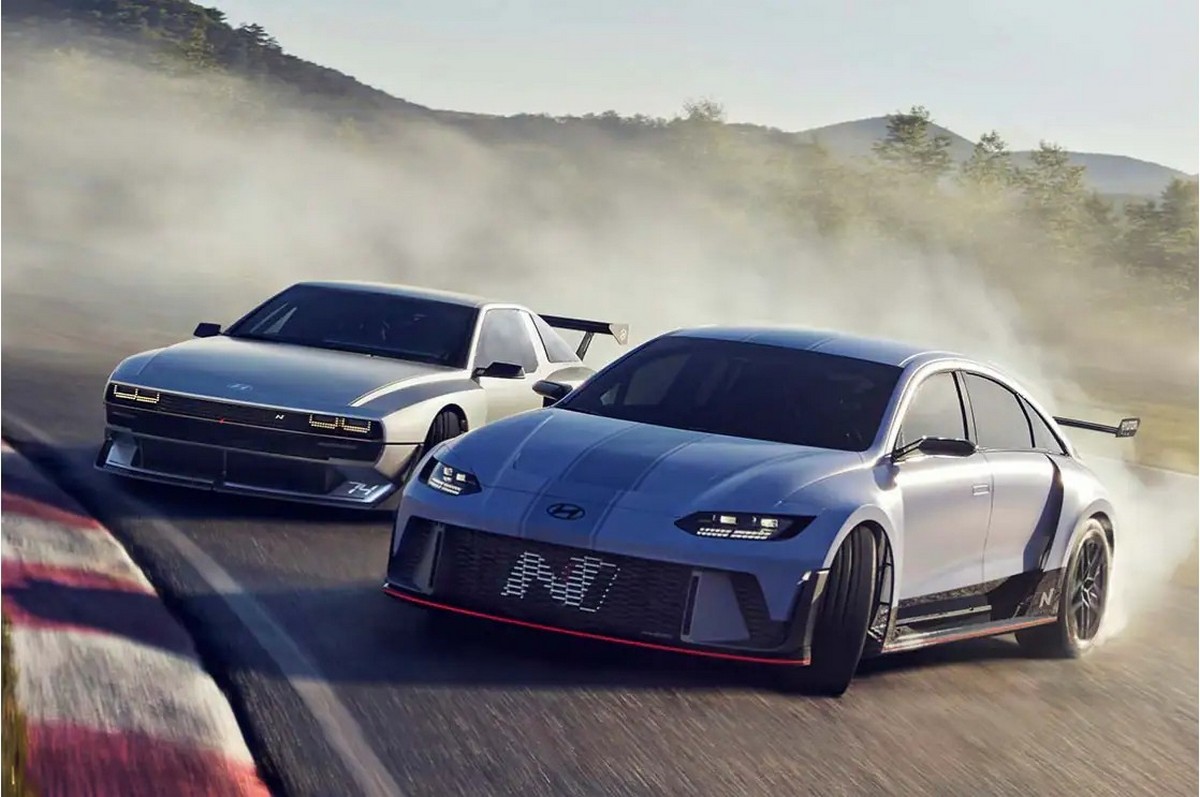 Hyundai showed two concepts: RN22e and N Vision 74. The cars are very different from each other both externally and technically.

As stated in the press release, the RN22e uses the Electric-Global Modular Platform (E-GMP) with the body structure of the Ioniq 6. It can be clearly seen that the RN22e and Ioniq 6 are indeed very similar. The company says that the concept is being used to test technologies that will appear in future Hyundai N sports models. In particular, the Hyundai Ioniq 5 N should be released next year.

The N Vision 74 concept stands out in the first place because it is a hydrogen car. Apparently, the first hydrogen car with a sporty character, even if it’s just a concept for now. True, there was also the Hyundai N 2025 Vision Gran Turismo concept, but it had nothing to do with ordinary road cars. The design was created to pay homage to the unusual 1974 Hyundai Pony Coupe.

The machine is equipped with a 680 hp electric motor. with a torque of 900 Nm. There is a battery with a capacity of 62.4 kWh, and, apparently, it can be charged independently, like a conventional electric car. Top speed is listed as over 250 km/h and range is 600 km. The company does not talk about any prospects for turning into a serial car.